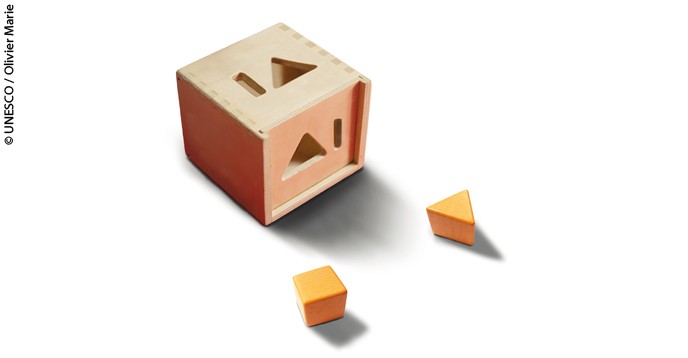 African leaders must embrace technology and use the Fourth Industrial Revolution (4IR) to drive the continent out of poverty and into a better future, argues leading South African scientist and artificial intelligence (AI) expert Tshilidzi Marwala.

In the late 1980s, the Chinese government invested in the economy, and has since lifted 800 million people out of poverty. Do you see the South African government being able to achieve similar results, albeit with a smaller population, through investment in 4IR*?

It is thought that China may be the last country to manage to make money out of cheap labour to lift people out of poverty. If robots are used in the manufacturing process, it will probably be even cheaper than it has traditionally been in the past. Therefore, I am afraid 4IR may mark the cost of labour as a deterrent to employers, with the complete automation of the production process.

Undoubtedly, 4IR will change the world of work with artificially intelligent machines performing tasks that were traditionally performed by humans. As a result, the world of work is already shrinking, with factories employing fewer people than before. There will be a marked increase in inequality. Those with adequate capital to buy industrial robots will produce more with fewer resources and will become very wealthy while the rest will be relegated to the margins of society.

South Africa, and the African Continent, have no choice but to embrace 4IR and use it to find solutions to the plethora of problems facing us.

Are all African governments investing in 4IR ?

I don’t think that is the case, even though there are some pockets of excellence to be found in Mozambique, Congo, Kenya, Rwanda, and South Africa, to some extent. Mobilizing on an issue like 4IR in a continent with fifty-four countries is a lot more complicated than handling one country, even if it is as big as China. Considering that the countries are at different stages of development makes the situation even more complex.

I believe that 4IR is going to be about data – whether it is the data of people, genetic data, or the data that drives 4IR itself. The question we must ask is, are African countries obtaining data? The answer, I am afraid, is no. The biggest data capturers in Africa are United States multinationals. When it comes to data collection or management, Africa would score three, on a scale of one to ten. This figure is alarming.

One of the big problems with 4IR is that the winner takes all. In South Africa, we had a local search engine, called Anansi, which aggressively gathered local data, but it was no match for Google – it has since folded, in 2011. Few people can name the world’s number two search engine – the answer is Microsoft’s Bing, but even they’re struggling. There is no room for a number two – the fact that Google is not available in China is a huge advantage for Chinese companies.

However, the web giants, like most corporations, don’t spend a lot of time dealing with local issues. For instance, Google Maps does not pronounce the names on our local routes well.  If we produced our own domestic maps with the right pronunciations, we would have an edge over Google. The key to competition is to address challenges locally.

How far are African countries from becoming producers of 4IR technology?

I think we produce a lot of technology, to be honest. I hear a lot about Elon Musk, and his Tesla car, but South Africa had the Joule [an electric five-seater passenger car], which was shelved because it would have had to sell a million units to be viable. We register a lot of patents, but our markets are just not big enough, so our products are dying in laboratories. The economics dictate that you need to sell huge amounts to survive. It’s not just creating the technology that matters. We need to create new markets and build an effective export strategy.

Should corporations be playing a bigger role through public-private partnerships (PPPs) with governments on 4IR?

Absolutely, corporations must play a big role. What I have observed, and this is a controversial view, is that there is a culture that does not consider Africa as a place to produce. For example, there is no plant in Africa making Apple products. Companies that have production in nations they operate in, are much easier to partner with than those merely bringing their products manufactured elsewhere into the country.

What are some of the mechanisms that we need to put in place for multinationals to invest in production on the continent? In South Africa, the motor industry is a good example, where it is government policy to subsidize automobile companies who produce here. Currently, we do not have similar policies for companies participating in 4IR; we need to do that as we move forward. Creating special economic zones with 4IR in mind is a good idea, with governments providing companies with tax incentives that would promote production, job creation and help grow the economy.

These incentives should not just be for foreign companies, but local businesses should be able to benefit from them too.

This means that political leaders need to play an essential role in the process of introducing new technologies.

In South Africa, President Cyril Ramaphosa is the first leader who has placed 4IR at the forefront of his strategy, and he is a big advocate for science and technology. In his State of the Nation address in February 2018, he talked about the digital industrial revolution, and has committed to the launch of a commission of experts on 4IR to drive strategy. We need a national strategy, like India’s National Strategy for AI or the Made in China 2025 strategic manufacturing plan to transform itself into an innovative hi-tech powerhouse. Hopefully the commission driven by President Ramaphosa will create a strategy, mobilizing political economic and social forces to put the economy on a good trajectory.

The African continent now has 1.3 billion people and is still growing – it is the fastest-growing continent in terms of population. You are not going to be able to deal with the issues of population explosion, food security or urbanization without 4IR technology.

Our leaders must understand technology – they must be developmental in their outlook. And this necessarily means that moving forward, we must start identifying new leaders with these qualities.

* The Fourth Industrial Revolution (4IR) – being built on the widespread availability of digital technologies brought to us by the Third Industrial (or digital) Revolution – is driven by emerging technologies, based on a combination of digital, biological and physical innovations. These latest technologies, that are changing the way we live and work, include artificial intelligence (AI) and robotics, the Internet of Things (IoT), augmented reality, quantum computing, 3D printing, blockchain, additive manufacturing, neurotechnologies, geoengineering, and genome editing.

This interview is published on the occasion of World Africa Day, celebrated at UNESCO on 25 May.

Read our issue: Artificial Intelligence: The promises and the threats

One of South Africa’s leading experts on Artificial Intelligence, Tshilidzi Marwala is Vice-Chancellor of the University of Johannesburg. His extensive research on AI has been published in journals across the world, and he has won many awards both nationally and internationally.