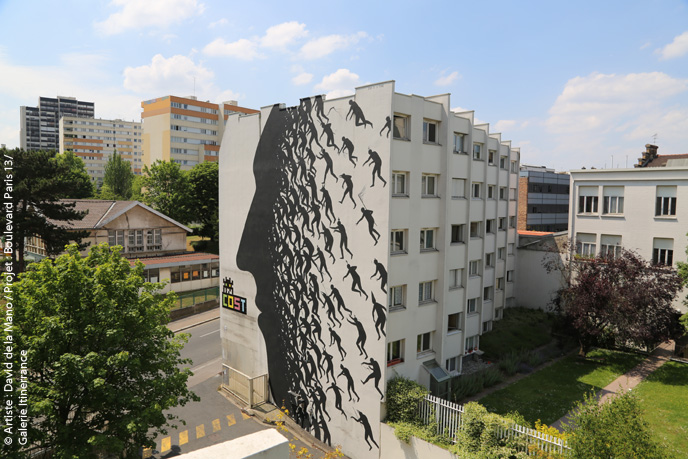 Cities have always been centres of power, attractiveness and prosperity. But the frenetic urbanization of recent decades is jeopardizing their historical function as melting pots that integrate and absorb newcomers. As they become more populated, they become dehumanized. Violence, inequality, discrimination – the larger the cities, the more these ills overwhelm them.

Nevertheless, even as they are dehumanized, cities are reinventing themselves. From street smarts as a survival strategy in Kinshasa (Democratic Republic of the Congo) to major national projects for the rehabilitation of single-industry cities in Russia; from the personal initiative of a gallery owner who revitalized the small town of Erriadh (Tunisia) to the mobilization of the masses against the authoritarian appropriation of public spaces in Warsaw (Poland);  and from solidarity movements with migrants in London (United Kingdom) to synergies that revive the heart of Havana (Cuba) – creative forces are emerging and organizing themselves to give urban life new meanings and new perspectives. We may believe these are “tiny resistances” – to use the expression of the French writer Thomas B. Reverdy – but they make all the difference.

Two other writers share their views with our readers in this issue. Our Guest, the French-Congolese author Alain Mabanckou, talks about “mobile Africas” and the courage to write, while highlighting contradictory moments in colonial history. The Uruguayan-American writer Jorge Majfud condemns the racist attitude towards migrants in the Ideas section, which also provides an analysis of migration policies in the United States.

In the Current Affairs section – on the occasion of World Africa Day, 25 May – we publish an interview with Tshilidzi Marwala (South Africa), on the emergence of artificial intelligence (AI) on the continent. To mark the International Day for Biological Diversity, 22 May, we visit Gran Pajatén, Peru, with Roldán Rojas Paredes – the man who initiated its inscription on the UNESCO Biosphere Reserve Network. We also go to Sharjah (United Arab Emirates), which launches its World Book Capital programme in April 2019.

Finally, with Zoom, we travel to India, Mexico, Myanmar and Uganda, to visit places without electricity. An illuminating trip around the world!

Editorial by Audrey Azoulay
Towards learning cities
Culture: the DNA of cities
Towards cities against racism and exclusion
Towards smart cities
Cities and living heritage
Water and megacities

Warsaw, the invincible city
A warm welcome versus hostility
Street smarts in Kinshasa
Russia: From monotowns to pluritowns
Havana: Where everyone pitches in
Eusebio Leal: Havana, mon amour
When art takes over the street
The city, a circus under a starlit tent
Reviving the spirit of Mosul
Aleppo: A first step towards healing
Yazd: Living in symbiosis with the desert
Saving urban landscapes: the Island of Mozambique

Human rights, a universal aspiration
Racism does not need racists
The other side of the coin