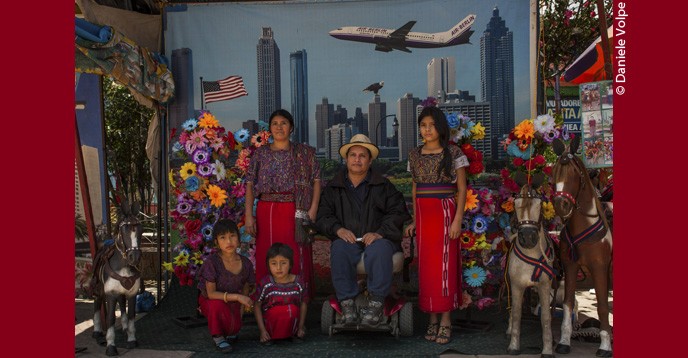 As the preferred media for defending the rights of indigenous peoples, community radio stations are not necessarily easily accessible, in spite of commitments made by the state. Many indigenous radio stations have no option but to operate illegally.

There are some places in the world where broadcasting your voice can render you illegal, just as defending your rights as an indigenous person can cost you your life. On 21 September, Juana Ramírez Santiago, a 57 year-old Mayan lxil community leader, became the twenty-first human rights activist to be assassinated in Guatemala in 2018. She was one of those leaders who have a political vision and a desire to change society to ensure a better life for their families and communities. Most Guatemalans believe her murder, like many others, will go unpunished.

Victoria Tauli-Corpuz, United Nations Special Rapporteur on the Rights of Indigenous Peoples – who visited Guatemala in her official capacity twice in the same year – expressed concern about the forced evictions, criminalization and violence against indigenous peoples who defend their rights and their lands. Referring to the killings of seven defenders during and shortly after her visit in May 2018 [eleven defenders were killed between May and July that year], she observed, “All were representatives of two indigenous farmers’ organizations advocating for land rights and political participation. The killings took place in a broader national context of a pernicious closing of spaces for civil society.”

In her Report to the thirty-ninth session of the Human Rights Council (10-28 September 2018), she wrote : “Added to this situation is the escalating number of criminal charges – reportedly in the hundreds – being filed in Guatemala against indigenous leaders and community members. The active participation of private entities in pressing charges implies that prosecutors and judges are colluding with companies and landowners in some of these cases.”

The role of radio

Indigenous community radio stations play a crucial role in defending the right to freedom of expression of indigenous peoples. Providing the most effective way of disseminating information on issues affecting the communities, they also reveal news of the violence that hits them. They are the  first to broadcast information about the incidents, and to interview and air the views of community leaders on these acts of violence. The radio stations publicly support land and human rights defenders, and raise public awareness about their criminalization. This was the case with Radio Xyaab’ Tzuul Taq’a, a radio startup of the Maya Q’eqchi in El Estor, which supported several defenders who have been arbitrarily accused and imprisoned by the government for their human and land rights activities.

Many Latin American countries have enshrined in legislation the right of indigenous peoples to have their own media. But although many states have committed to assigning frequencies to these media, this is often not implemented. Numerous indigenous community radios are forced to broadcast without a licence even after requesting a frequency as required by law – and see their volunteers prosecuted for their radio activities.

In Guatemala, for example, the right of indigenous peoples to their own media is guaranteed by the Constitution and the Peace Agreement signed in 1996, ending a civil war that lasted over thirty  years. But the licences are so expensive that non-profit community radios do not have enough money to pay for them. In 2003, a frequency cost two million quetzales ($274,000), for a modulated frequency (FM) in areas outside Guatemala City and Quetzaltenango, the country’s second-largest city. The current cost is unknown as public auctions have been stopped in recent years, though  frequencies are still sold illegally by their owners. For small farmers this amount is more than they can afford. With a salary of $80 to $120 a month, purchasing a frequency is an unattainable  dream.

Radio has proven that it is able not only to mobilize indigenous peoples, but also to influence policies and to hold governments to account. Radio stations organize social audits on the budget expenses of municipal governments in indigenous communities, for example. They also organize campaigns about the conscious vote. At election time, candidates are invited to hold debates on the air and to receive questions from the public. This public space for politicians to be accountable reduces the margin of manipulation of the vote.

Community-based indigenous media is a powerful means to decolonize minds and create a sense of cultural and linguistic pride. Radio can be effectively used to highlight ancestral music and knowledge, and to inform people of the local forms of organization that are today threatened by globalization and the world-view imposed by major international media corporations.

The medium has particularly proven itself in the remote areas of Latin America, where the scourge of illiteracy prevents indigenous populations from accessing information from print sources and where older people, especially women – who very rarely know the dominant language – are unable to get information from mainstream radio stations.

Last but not least, the survival of indigenous languages depends to a very large extent on native speakers and their ability to speak them fluently. In this respect, indigenous media can and must play a decisive role.

Radio as a platform for dialogue. An interview with Caroline Vuillemin

A Community Programme Manager at Cultural Survival, Avexnim Cojti (who belongs to the Kʼicheʼ Maya community in Guatemala) heads a programme to support indigenous peoples' efforts to defend their identities, lands and human rights, by establishing partnerships with community-based indigenous radio stations and providing them with financial support.

Cultural Survival, an indigenous peoples' rights non-profit, headquartered in Cambridge, Massachusetts (United States), has been supporting a global network of more than 800 indigenous radio stations since 2005.