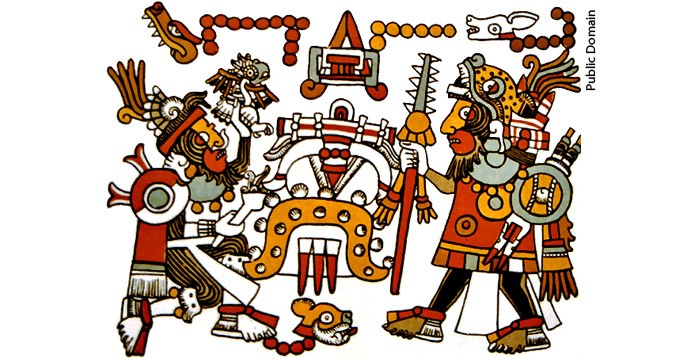 The Mixtec of Mexico have long known how to predict changes in the weather from the behaviour of birds and plants. When they hear the first grave and sad notes of the chicucu bird, for example, they know that it heralds the end of the rainy season. As long as the chicucu sings, farmers know that the dry season will be prolonged, and that the time has not yet come to plant their beans and pumpkins.

To determine the right time to plant maize, the farmers rely on the juniper tree. If they see that the leaves are beginning to turn to dust, it means that the rainy season will be late, and that, if necessary, they should delay planting until mid-June, or even later.

In fact, in recent decades, the rainy season – which usually lasts from May to August in the Mixteca Baja region – has become increasingly late. And farmers can often be heard saying, “ndejama cuia chi ini zaza.”

Ndejama means “change”, while cuia has many meanings – the expression can be used to designate the changes of the month, the year, or the season. The phrase ini zaza designates one of the four types of heat (ini) distinguished in the Mixtec language: lo´o (mild), keva kandeinio (bearable), kini (great), zaza (unbearable). The frequency with which we now hear of ini zaza – which used to be an exceptional phenomenon – has been increasing. That is why farmers now associate this phrase with climate change. What scientists today define as “climate variability”, the Mixtec have always called ndejama cuia.

The Mixtec have been in tune with nature for centuries. Today, as in olden times, they interpret the signs that nature sends them to make the right decisions. Their language contains a great variety of information that could provide solutions to the current problems raised by climate change.

In 2019, UNESCO’s LINKS programme on Local and Indigenous Knowledge Systems will publish a glossary of Mixtec expressions and terms related to climate phenomena in the Mixteca Baja region, to facilitate discussions between experts and the holders of traditional knowledge.

Mexican linguist Aracely Torres Morales is the daughter of palm farmers in the Mixteca Baja region. The youngest of eight children, she was the only one who was able to finish school. In 2018, she was part of the UNESCO Local and Indigenous Knowledge Systems (LINKS) programme, contributing her expertise on the Mixtec language and its relationship to the environment.