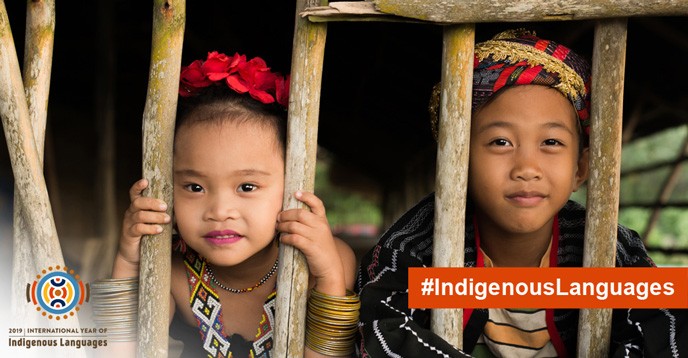 “We want to write an encyclopaedia on our water issues. Could you help us?” It was with this request that a delegation representing the Mayangna community from the Bosawas rainforest in Nicaragua, visited UNESCO in the mid-2000s. Also known as the Heart of the Mesoamerican Biological Corridor, their forest joined UNESCO's World Network of Biosphere Reserves in 1997. In 2002, the Organization had launched the Local and Indigenous Knowledge Systems (LINKS) programme, and it was the right time to start an innovative project: registering the holders of indigenous knowledge, in order to publish all the know-how that the Mayangna had on fish and turtles. A book of over 450 pages, in two volumes and in two languages (Mayangna and Spanish) was published in 2010, marking the completion of the first stage of a larger project on Mayangna knowledge about nature in general.

The Mayangna knew that if they did not urgently document their knowledge in a book, it would gradually disappear – just as their forest was disappearing under the pressure of the illegal logging of trees and the development of intensive agriculture. These two methods of exploiting nature are in contrast to the traditional way of life of the indigenous peoples of the Bosawas Biosphere Reserve – based on hunting, fishing, fruit and vegetable harvesting, and breeding livestock, all of which are self-sustaining.

UNESCO has helped the Mayangna to safeguard their knowledge, so that they could pass it on to future generations, but also to make it available to the international scientific community. This is one of the main functions of LINKS, which aims, in particular, to ensure an equitable role for indigenous knowledge in formal and informal education and to integrate it into scientific debates and policies.

This knowledge, which contains essential information on the subsistence, health and sustainable use of natural resources, is conveyed and transmitted by only one means – language. This is why the safeguarding of indigenous languages – a growing number of which are now threatened – is crucial not only for the maintenance of linguistic diversity, but also for the world's cultural and biological diversity.

While indigenous peoples make up only 5%  of the world's population, they speak the majority of its 7,000 languages  and “own, occupy or use resources on some 22% of the global land area, which in turn harbours 80% of the world’s biological diversity”, according  to the book Weathering Uncertainty, published by UNESCO in 2012.

With the designation of 2019 as the International Year of Indigenous Languages (IYIL2019), officially launched at UNESCO on 28 January, the international community reaffirms its commitment to supporting indigenous peoples in their efforts to preserve their knowledge and enjoy their rights. Since the adoption of the Declaration on the Rights of Indigenous Peoples by the United Nations General Assembly on 13 September 2007, considerable progress has been made in this regard.

Nevertheless, indigenous peoples still have a long way to go before they emerge from marginalization and overcome the many obstacles they face. One-third of the world’s people living in extreme poverty belong to indigenous communities, just as in a number of countries, legislation that promotes the rights of indigenous peoples remains incompatible with other laws that deal with issues such as agriculture, land, conservation, forestry, mining and other industries, according to Victoria Tauli-Corpuz, United Nations Special Rapporteur on the Rights of Indigenous Peoples.

The Wide Angle section in this issue of the Courier is dedicated to these indigenous peoples. It takes its title from the Chinese proverb: “When you drink water, think of the source”, to remind us that indigenous knowledge, the source of all knowledge, deserve a prominent place in modernity. The issue also marks the celebration of International Mother Language Day, 21 February.