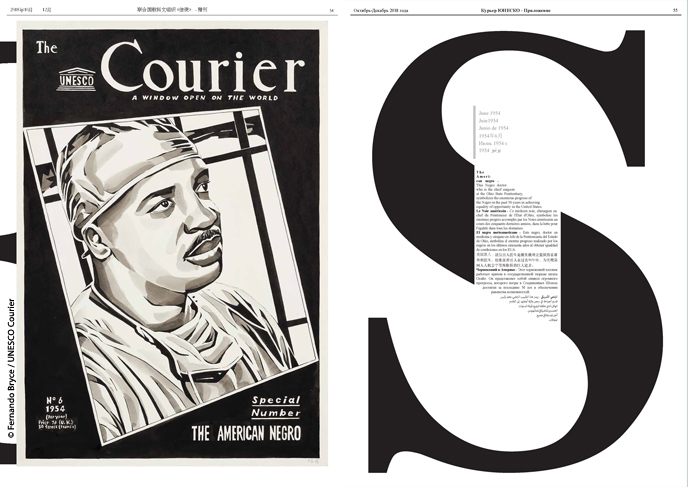 In March 1948, the UNESCO Courier announced the publication of the first volume of The Book of Needs, presenting analyses and lists of educational, scientific and cultural needs in countries – particularly in Europe and Asia – devastated by the Second World War.

This book contained many repetitions. “The same story is told again and again with only some variety in the different settings,” wrote UNESCO Director-General Julian Huxley in the preface. “It is perhaps through the full realization of this repetition that […] can best be appreciated […] the immensity of the problems which still confront the world.” UNESCO’s approach, as it aimed to respond to the global challenges of seventy years ago, was similar in its logic to the 2030 Agenda for Sustainable Development adopted by the United Nations in September 2015. Although its report was much more limited in scope, it was no less audacious when it came to affirming the will to transform the world and to ensure a better future for new generations. The idea was to make an assessment of needs and provide suggestions, but also to organize concrete action to fulfil those needs. It was precisely in 2015, when the United Nations launched the Sustainable Development Goals, that Peruvian artist Fernando Bryce produced a series of ink drawings inspired by the issues of the UNESCO Courier, published between 1948 and 1954.

While reading the magazine, he came across an article on The Book of Needs. The title seemed so emblematic to him that he borrowed it for his series. In this supplement we reproduce some fifty drawings, in honour of both the 70th anniversary of the Universal Declaration of Human Rights and the publication of the first issue of the UNESCO Courier. Accompanying the drawings are short excerpts of the original articles, in UNESCO’s six official languages. “I must say that the magazine is fascinating – a fabulous historical document that deals with a very special moment, when the idea of progress was genuinely linked to a whole new perspective,” says Fernando Bryce in an interview published in the October-December 2018 issue.

“Although the world has changed a lot, the issues that concern us remain the same,” the artist added. It is true that many of the hopes of the post-war period have become reality over the past seventy years. But it is also true that many of these pages of the Courier, transformed into works of art by Fernando Bryce’s pen, question current events. These old articles still resonate today, calling for vigilance in terms of respect for human rights, gender equality, cultural diversity and freedom of expression. They put some of the challenges of education, science, the environment and sustainable development back on the agenda.

They also continue to provide a great lesson in the history of international cooperation and the struggle for peace. As UNESCO’s Director-General Audrey Azoulay reminded us on the occasion of the First UNESCO Courier Forum on 12 June 2018, “Whilst UNESCO has always been an exceptional laboratory of ideas, which since the Organization’s very early days have shaped a more human world, the Courier has remained the exceptional media for them to resonate around the world,” thus contributing to their implementation. This supplement of the October-December 2018 issue is proof of this. 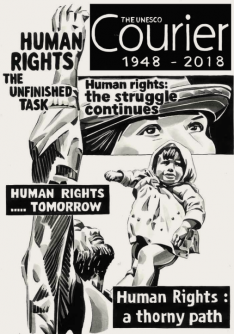