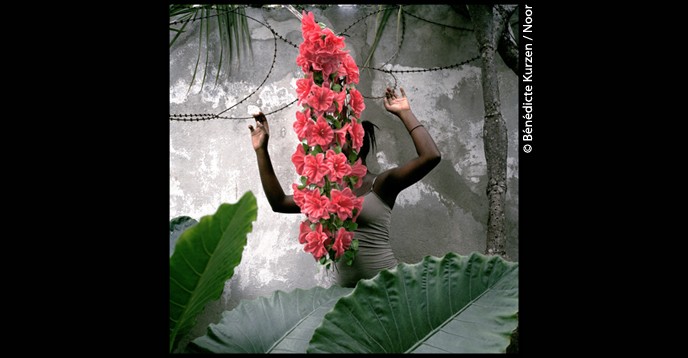 Under the pretext of helping 20-year-old Gisèle get rid of an evil eye, a friend of her parents took her to a deserted place and raped her. “I know he’s done it before,” she says. He had already raped two girls aged 12 and 15, whose parents are afraid to take action. Their parents don’t dare to do anything as they’re scared of what might happen. But Gisèle wants justice to be done.

Haiti, 2015. In the streets of Port-au-Prince, a 20-year-old student is looking for work. Let’s  call her Marie. A young man offers to help her. “He said I should accompany him to his home  to pick up some documents. When we got there, he pulled out a gun. That’s when it happened,” she recounts. Marie was raped.

The story of this young Haitian woman, is, unfortunately, only one illustration of a much greater scourge. Violence against women knows no borders. Women across the world are being crushed under the weight of the suffering and stigmatization it causes, regardless of their culture, religion or socio-economic status.

Considered taboo in most societies, violence forces many women to remain silent about their ordeal, and is often not reflected in statistics. Surveys among these women are often the only way to get an idea of the extent of the malaise. According to the World Health Organization (WHO), one in three women in the world  is exposed to physical or sexual violence during her lifetime.

Fortunately, more and more women are raising their voices to break the silence, overcoming feelings of shame and guilt – and often the fear of reprisals.  Like four other Haitian women –  one of them only a teenager – Marie chose to join this fight by participating in a photographic project. “Against Their Will” was launched in 2016 by Médecins Sans Frontières/Doctors Without Borders (MSF) in collaboration with the French photographer Bénédicte Kurzen.

“Let’s take the car, leave Port-au-Prince. Let’s go to Source Zabeth. I want to be photographed in traditional clothes, in the water, as if I were doing laundry.” For her photo session, Marie chooses a setting that symbolizes purification. She wants to be rejuvenated, to free herself from the horrible experience and to make a fresh start. “I’m going to move on. I want to become a journalist,” she declares.

“It was impossible for me to approach these women solely from the point of view of the tragedy they have lived through, because they all sought to overcome it,” explains Kurzen. “That opened up new perspectives to the photographic narrative.”

In Haiti, where rape was recognized as a crime only in 2005 (it was considered indecent assault until then), twenty-eight per cent of women aged 15 to 49 reported experiencing some form of physical violence, and more than one woman in ten said they been subjected to sexual violence.

According to The New York Times, following the earthquake that hit the Haitian capital in 2010, the rates of sexual attacks in the city’s makeshift camps was twenty times higher than in the rest of the country. MSF has pointed to inadequacies in the treatment of victims of sexual and gender-based violence, including a lack of institutions offering medical and psychological support, and the almost total absence of social and legal protection.

To draw attention to this neglected problem – grossly underestimated in official statistics – the humanitarian organization launched its photographic project a year after it opened the Pran Men’m (‘take my hand’ in Haitian Creole) clinic in Port-au-Prince. In two years, the clinic has treated more than 1,300 victims of sexual aggression. The vast majority of these were under the age of 25. What is particularly disturbing is that fifty-three per cent of the victims were minors.

For UNESCO, educating young people is the only long-term solution to gender-based violence. In spite of the alarming figures – about 246 million children are subjected to various forms of gender-based violence each year – there are too few children and teenagers who receive a comprehensive sex education (learning the cognitive, emotional, physical and social aspects of sexuality) as part of their regular curriculum. Yet the benefits of such an education are undeniable – not only do young people learn to refrain from all forms of gender-based violence, they also learn to prevent it, recognize it and find help.

UNESCO published a revised edition of its International technical guidance on sexuality education  in 2018, produced in collaboration with UNAIDS, the United Nations Population Fund (UNFPA), the United Nations Children’s Fund (UNICEF), UN Women and WHO. The guide is aimed at education and health officials and other competent authorities, to help them develop and introduce sex education programmes and materials. 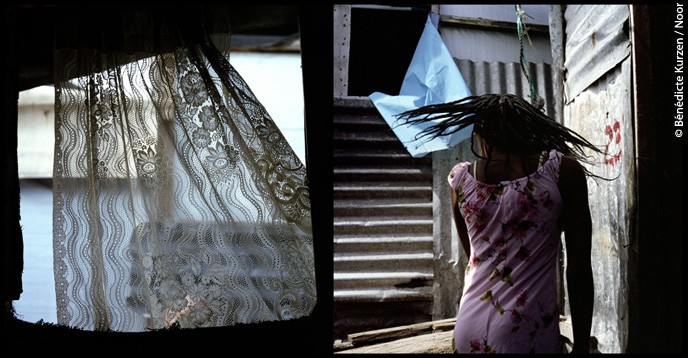 In a makeshift camp in Port-au-Prince, a man sneaks into a torn tent. Sarah’s alone, with no one to protect her. “He was someone we knew. He lived in the same area as us in the camp,” says the 13-year-old girl’s mother. Now she doesn’t want Sarah to do what the little girl has always loved doing: dancing. “I feel she is too visible when she dances,” she explains. 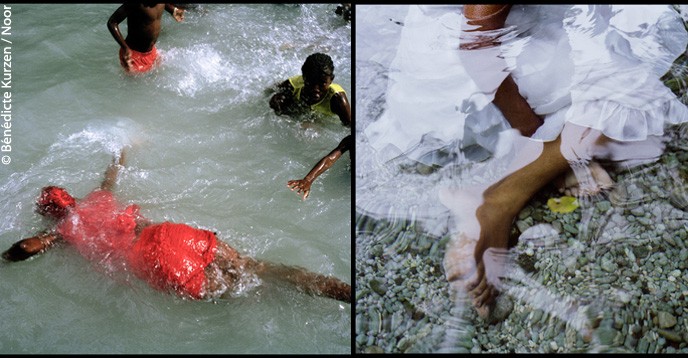 “I met this guy on the street. We started to chat. I told him I was looking for a job. He said that one of his friends was looking for someone like me. He said that I should accompany him to his home to pick up some documents. When we got there, he pulled out his gun. This is when it happened,” recounted 20-year-old Marie, who was raped at gunpoint. 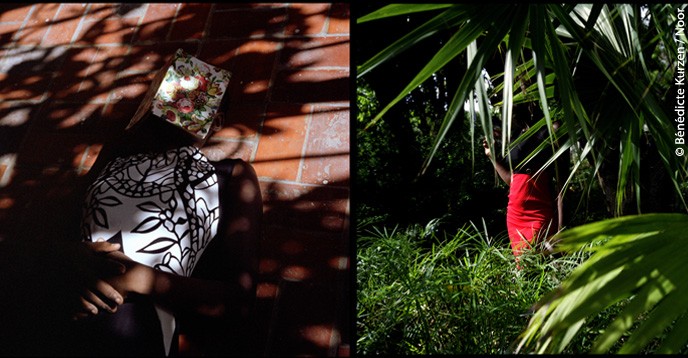 The boy was a school friend of 22-year-old Viviane. He invited her to his house, saying he would lend her a book. “I kept asking if his dad was there. He said yes. When we got there, the house was empty.” The rape was premeditated. 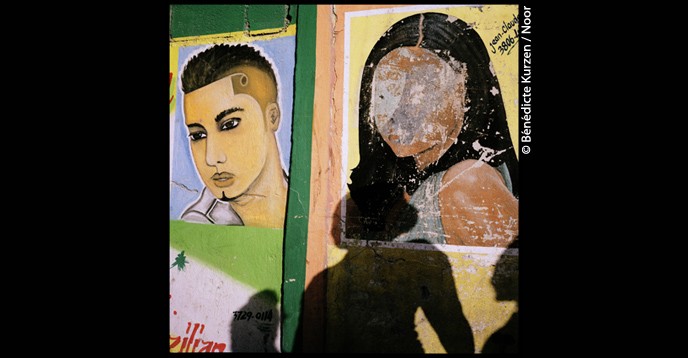 Advertising for a beauty salon in the streets of Croix-des-Bouquets, twelve kilometres from Port-au-Prince.

The names of the women who participated in the photographic project have been changed for their protection.

This photo-reportage is published by the UNESCO Courier to mark the International Day for the Elimination of Violence against Women, 25 November.