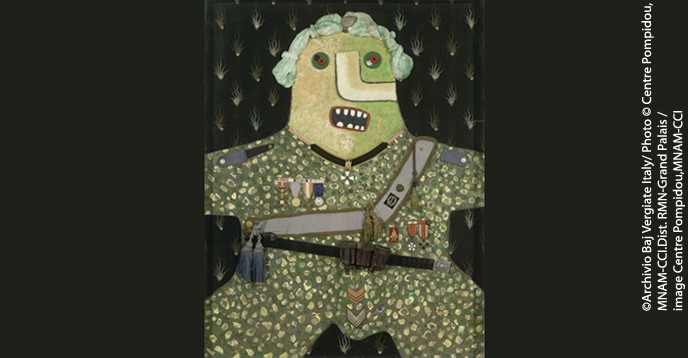 Analysing the gravest threats facing humanity, the British novelist Aldous Huxley (1894-1963) recommended that a world Bill of Rights should include efforts to increase available resources to meet the needs of the world's population; limiting the power of those who, through their wealth or hierarchical position, effectively dominating the masses of ordinary, unprivileged men and women who constituted the majority; and better controlling the applied sciences. He elaborated on these suggestions in his response to UNESCO's survey on the philosophical foundations of human rights, sent in June 1947, under the title, “The Rights of Man and the Facts of the Human Situation”.

The increasing pressure of population upon resources and the waging, threat of, and unremitting preparation for, total war – these are, at the present time, the most formidable enemies to liberty.

About three quarters of the 2.2 billion inhabitants of our planet do not have enough to eat. By the end of the present century, world population will have increased (if we manage to avoid catastrophe in the interval) to about 3.3 billion. Meanwhile, over vast areas of the earth’s surface, soil erosion is rapidly diminishing the fortuity of mankind’s four billion acres of productive land. Moreover, in those countries where industrialism is most highly developed, mineral resources are running low, or have been completely exhausted – and this at a time when a rising population demands an ever-increasing quantity of consumer goods and when improved technology is in a position to supply that demand.

Heavy pressure of population upon resources threatens liberty in several ways. Individuals have to work harder and longer to earn a poorer living. At the same time the economic situation of the community as a whole is so precarious that small mishaps, such as untoward weather conditions, may result in serious breakdowns. There can be little or no personal liberty in the midst of social chaos; and where social chaos is reduced to order by the intervention of a powerful centralized executive, there is a grave risk of totalitarianism.

Because of the mounting pressure of population upon resources, the twentieth century has become the golden age of centralized government and dictatorship, and has witnessed the wholesale revival of slavery, which has been imposed upon political heretics, conquered populations and prisoners of war.

Throughout the nineteenth century, the New World provided cheap food for the teeming masses of the Old World and free land for the victims of oppression. Today the New World holds a large and growing population, there is no free land and over the vast areas, the much- abused soil is losing its fertility. The New World still produces a large exportable surplus. Whether, fifty years from now, it will still have a surplus, with which to feed the three billion inhabiting the Old World seems doubtful.

A world under martial law

By destroying accumulated wealth and the sources of future production, total war has sharply increased the pressure of existing populations upon their resources and has thereby sharply curtailed the liberties of vast numbers of men and women, belonging not only to the vanquished nations, but also to those which were supposed to be victorious. At the same time the fear of, and busy preparation for, another total war in the near future is everywhere resulting in an ever greater concentration of political and economic power.

Bitter experience has proved that no individual or group of individuals is fit to be entrusted with great powers for long periods of time. The socialist rulers of welfare states may imagine that they and their successors will be immune to the corrupting influence of the enormous powers which total war and mounting population pressure have forced upon them; but there is, unfortunately, no reason to suppose that they will prove to be exceptions to the general rule. The abuse of power can be avoided only by limiting the amount and duration of the authority entrusted to any person, group or class.

But so long as we are menaced by total war and mounting population pressures, it seems very unlikely that we shall get anything but a steadily increasing concentration of power in the hands of the ruling political bosses and their bureaucratic managers. Meanwhile conscription, or military servitude, is almost everywhere imposed upon the masses. This means in practice that, at any moment, a man may be deprived of his constitutional liberties and subjected to martial law. Recent history has shown that even socialist rulers are ready to resort to this device for coercing persons engaged in inconvenient strikes.

It is virtually certain that, at the present time, no government actually desires war. But it is also probable that many governments would be reluctant to give up all preparations for war; for such preparations justify them in maintaining conscription as an instrument of control and coercion. And we may add that universal disarmament, if it should ever be achieved, would not necessarily mean the end of conscription.

Compulsory service to the States will probably persist in some other than military form ‒ as a scheme for the “training of youth”, for example, or as a “labour draft”. To a highly centralized government, the advantages arising from the power to regiment and coerce its subjects are too great to be lightly sacrificed.

A constitutional Bill of Rights, whose principles are applied in specific legislation, can certainly do something to protect the masses of ordinary, unprivileged men and women against the few who, through wealth or hierarchical position, effectively wield power over the majority. But prevention is always better than cure. Mere paper restrictions, designed to curb the abuse of a power already concentrated in a few hands, are but the mitigations of an existing evil. Personal liberty can be made secure only by abolishing the evil altogether.

A matter of science

To provide all of the 2.2 billion persons at present inhabiting the planet with a nutritionally adequate diet, it would be necessary to double the existing food supply. It will take years, by conventional methods, to achieve this goal and by that time the population will be, not two billion, but more than three – and malnutrition will be very nearly as serious and as widespread as it is today.

Every industrial nation spends huge sums on research into the techniques of mass destruction. Thus, two billion dollars went into the production of the atomic bomb and many hundreds of millions more are at present being spent upon research into rockets, jet planes, the dissemination of pneumonic plague and the wholesale destruction of food plants.

If comparable amounts of money and scientific ability could be devoted to the problem of producing foodstuffs artificially, it seems likely enough that methods would quickly be found for providing the half-starved millions of Europe and Asia with an adequate diet. The synthesis of chlorophyll, for example, might be, for the later twentieth century, the equivalent of what the exploitation of the empty lands of the New World was for the nineteenth. It would reduce the pressure of population upon resources and thereby remove one of the principal reasons for highly centralized, totalitarian control of individual lives.

The prosperity of an industrialized society is proportionate to the rapidity with which it squanders its irreplaceable natural capital. Over large areas of the earth's surface, easily available deposits of useful minerals have already been exhausted, or are running low; with the increase in population and the progressive improvement in industrial techniques, the drain upon the planet's remaining resources is bound to be accelerated.

Useful minerals are very unevenly distributed. Some countries are exceedingly rich in these natural resources, others lack them completely. When a powerful nation possesses a natural monopoly in some indispensable mineral, it is thereby enabled to increase its already formidable influence over its less fortunate neighbours. Where a weak nation finds itself blessed, or cursed, with a natural monopoly, its stronger neighbours are tempted to acts of aggression or “peaceful penetration”.

Scientific workers have it in their power to postpone the day of planetary bankruptcy and to mitigate the political dangers inherent in the existence of natural monopolies. What is needed is a new Manhattan Project, under international auspices, for the development of universally available surrogates for the unevenly distributed and soon-to-be-exhausted minerals, on which our industrial civilization depends for its very existence ‒ e.g. wind power and sun power to take the place of power produced by coal, petroleum and that most dangerous of all fuels, uranium; glass and plastics as substitutes, wherever possible, for such metals as copper, tin, nickel and zinc.

A project of this kind would be valuable in several ways. It would shift our industrial civilization on to a foundation more permanent than that accelerating exploitation of wasting assets, on which it rests at present; it would break those natural monopolies which are a standing temptation to war; and finally it would make possible an extension of personal liberty and a reduction of the powers wielded by the ruling minority.

We now come to the ethical problems confronting scientific workers as individuals and as members of professional organizations. Whatever may have been the wishes of the inventors and technicians involved, applied science has in fact resulted in the creation of monopolistic industries, controlled by private capitalists or centralized national governments. It has led to the concentration of economic power, strengthened the hands of the few against the many and increased the destructiveness of war.

Applied science in the service, first, of big business and then of government has made possible the modern totalitarian state. And applied science in the service of war departments and foreign offices has begotten the flamethrower, the rocket, saturation bombing and the gas chamber, and is now in the process of perfecting methods for roasting whole populations by atomic explosions and for killing the survivors by means of man-made leukemia and artificially-disseminated plague.

The time has surely come when scientific workers must consider, individually and collectively, the ethical problem of “right livelihood”. How far is a man justified in following a course of professional action which, though involving no immediate wrong-doing, results in social consequences which are manifestly undesirable or downright evil? Specifically, how far is it right for the scientist or technologist to participate in work, the outcome of which will be to increase the concentration of power in the hands of the ruling minority and to provide soldiers with the means for the wholesale extermination of civilians?

Up to the present, applied science has been, to a great extent, at the service of monopoly, oligarchy and nationalism. But there is nothing in the nature of science or technology which makes it inevitable that this should be so.

Professionally speaking, it would be just as easy for the scientific worker to serve the cause of peace as of war, of personal liberty, voluntary cooperation and self-government, as of monopolistic statism or capitalism, universal regimentation and dictatorship. The difficulties are not technical; they lie in the realms of philosophy and morals, of value judgements and the will that acts upon those judgements.

Discover other online articles by Aldous Huxley in the Courier:

A defence of the intellect, December 1993.

The British novelist and critic Aldous Huxley is best known for his dystopian Brave New World (1932) which vividly expressed his distrust of politics and technology in the twentieth century through satire.