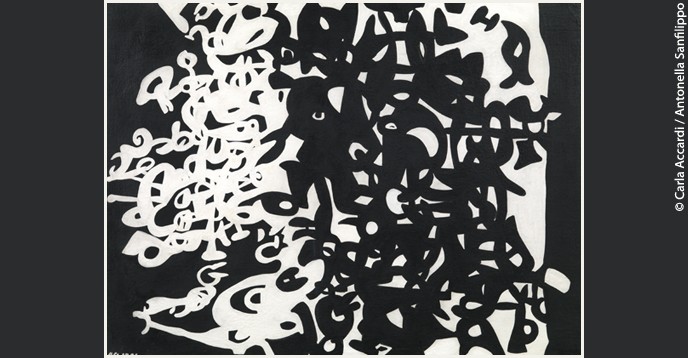 For UNESCO to conduct “a formal, public and international debate on the necessary principles underlying human dignity and civilization” so that “the force of logic, culture, doctrine and the possibility of fundamental agreement would secure the triumph of free minds over the adherents of autocracy and totalitarianism” was the best way forward,  advocated Italian philosopher Benedetto Croce (1866-1952). This was his response to  UNESCO’s survey on the philosophical foundations of human rights, sent from Naples on 15 April 1947, with the title “The Rights of Man and the Present Historical Situation”.

Declarations of Rights (of the natural and inalienable rights of man, to quote the French Declaration of 1789) are all based upon a theory which criticism on many sides has succeeded in destroying: namely, the theory of natural rights, which had its own particular grounds during the sixteenth, seventeenth and eighteenth centuries, but which has become philosophically and historically quite untenable. Nor can we argue from the moral character of such rights, for morality recognizes no rights which are not, at the same time, duties, and no authority but itself – this is not a natural fact but the first spiritual principle.

This, moreover, is already implied in the report you have sent me [Memorandum on Human Rights, 27 March 1947], when it says that these rights vary historically; thereby abandoning the logical basis of those rights regarded as universal rights of man, and reducing them to, at most, the rights of man in history. That is to say, rights accepted as such for men of a particular time. Thus, they are not eternal claims but simply historical facts, manifestations of the needs of such and such an age and an attempt to satisfy those needs. As a historical fact, the Declaration of 1789 had its importance, since it expresses a general agreement which had developed under European culture and civilization of the eighteenth century (the Age of Reason, of Enlightenment, etc.) concerning the certain urgent need of a political reform of European society (including European society in America).

Today, however, it is no longer possible to realize the purpose of the Declaration, whether of rights or of historical needs, for it is precisely that agreement on the subject which is lacking and which UNESCO desires to promote. Agreement, it is obvious, is lacking in the two most important currents of world opinion: the liberal current and the authoritarian-totalitarian current. And indeed that disagreement, though moderated in its expression, may be discerned in the report I have before me.

Will this agreement be obtained? And by what means? By the reinvigoration of the current of liberalism, whose moral superiority, power of thought and persuasion and whose political wisdom and prudence will prevail over the other current? Or will it be through a new world war which will bring victory to one or the other side, according to the fortunes of war, the course of events or Divine Providence? And would the immortal current of liberalism emerge from its opposite, should the latter be temporarily victorious?

I assume that UNESCO reckons with the first alternative or hypothesis and I need not tell you that, for my part, I am heart and soul in favour of this endeavour for which each of us is bound to work with all his energies and for which I myself have been working for nearly twenty-five years in Italy and also further afield.

If that is so, however, a working organization such as that you invite me to, and in which representatives of all currents, especially the two most directly opposed, will participate with the same rights, cannot possibly proclaim in the form of a declaration of rights, a declaration of common political action, an agreement which has no existence, but which must, on the contrary, be the ultimate outcome of opposed and convergent efforts. That is the point to be carefully considered, for it is the weak point.

Nor do I even see how it would be possible to formulate any half-way or compromise declaration, which would not prove either empty or arbitrary. It may be that you and your colleagues, when you get to work, will discover the futility and the impossibility of it, and even, if you will allow me to say so, the danger of causing readers to smile at the ingenuousness of men who have conceived and formulated such a declaration.

In my opinion, there is only one useful form of practical work for UNESCO to do: namely, a formal, public and international debate on the necessary principles underlying human dignity and civilization. In such a debate I do not doubt that the force of logic, culture, doctrine and the possibility of fundamental agreement would secure the triumph of free minds over the adherents of autocracy and totalitarianism, who are still reduced to reiterating the same slogans and the same sophistries to catch the public ear.

Once that debate was held, it would no doubt be possible to formulate the declaration of certain historical and contemporary rights and needs in some such short form as the Ten Commandments or, if it were to include details, at somewhat greater length.

Read also the article “Gœthe and Germany” by Benedetto Croce, published in the Courier, August 1949.