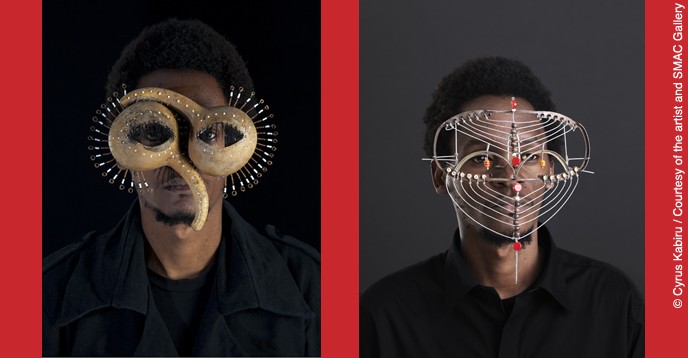 “An old African teacher used to say: There is my truth and your truth, but the truth is in the middle. To get close to it, everyone must move slightly out of their truth to take a step towards the other.” This is one of the lessons that Amadou Hampâté Bâ wanted to transmit to young people on his continent and elsewhere, in a letter written in the 1980s. Today, this letter takes on a prophetic quality.

From one end of the Sahara to the other, a large segment of African youth have experienced only precarious lives. Destitute and disoriented, these young people throw themselves body and soul into a hazardous adventure. For them, to face the desert, the smugglers, the barbed wire, the waves of the Mediterranean, seems more bearable than the feeling of falling by the wayside, rotting on the vine. What else can they do? Move, flee, opt for migration and perish in the sea if they must. When questioned, the shipwreck survivors emphasize the lack of means of subsistence. Crossing the Sahara to be sold as a slave in Libya or joining the Boko Haram is neither an option nor a life plan.

Growing  up in slums, these youth did not have the opportunity to appreciate the legacy of elders who were generous with advice and other lessons of life. Among them, is an emblematic figure for the entire African continent – the Malian, Amadou Hampâté Bâ (1901-1991), the man to whom is attributed the now-famous dictum: “In Africa, when an old man dies, a library burns down.”

What he really said was: “I consider the death of each of these traditionalists as the burning of an unexploited cultural fund.” It was 1 December 1960, and Hampâté Bâ was then the head of Mali’s delegation at the UNESCO General Conference. Mali had just joined the Organization as an independent country. In his speech, he pleaded for the “gigantic oral monument to be saved from destruction by the deaths of traditionalists who are its only repositories [and who] are, alas, in the decline of their days.”

I used to say to myself that as a teenager, I would have liked to have had Hampâté Bâ as my grandfather. Honesty forces me to recognize that I probably would not have had the ears to listen to his advice. The old boubous, the hoary heads and their traditional values did not attract me. I condemned in advance, this world that seemed to me passive and obsolete. I rejected its rules on principle. I was terribly wrong.

If today’s world, in Africa and elsewhere, desperately needs tutelary figures like the author of The Strange Destiny of Wangrin, it is because the rupture between the generations seems to be complete. The family circle has shrunk considerably. Worse, it is no longer the solid foundation of awakening and transmission that it was yesterday.

Six years before his death in 1991, Hampâté Bâ wrote a letter dedicated to youth that reads like a testament. “The man who speaks to you is one of the first-born of the twentieth century,” he says. He then issues an alert: “Young people, last-born of the twentieth century, you live in a time which is at once terrifying, for the threats it imposes on humanity, and enthralling, for the possibilities it opens up in the field of knowledge and communication between people. The generations of the twenty-first century will experience a fantastic encounter of races and ideas. Depending on how they assimilate this phenomenon, they will ensure its survival or cause its destruction by deadly conflicts. In this modern world, none can take refuge any longer in their ivory towers. All states, whether strong or weak, rich or poor, are now interdependent, if only economically or in the face of the dangers of global war. Whether they like it or not, all humankind is sailing on the same raft: when a hurricane rises, everyone will be threatened at the same time. Is it not better to try to understand and to help each other before it is too late?”

The wise man of Bandiagara then encourages these young people – growing up and developing in a bipolar world where interest groups clash and tear each other apart – to “gradually produce a new mindset, more oriented towards complementarity and solidarity, both individual and international.” Because we cannot stress often enough that “in our times, so fraught with threats of all kinds, people must emphasize not what separates them, but what they have in common, with respect for the identity of each. Meeting and listening to the other is always more enriching, even for the blossoming of one's own identity, than conflicts or sterile discussions to impose one's own point of view.”

Eloquent and precise, the writer uses striking images to make his point: “Human life is like a big tree and every generation is like a gardener. The good gardener is not the one who uproots, but the one who, when the time comes, knows how to prune the dead branches and, if necessary, proceed judiciously with beneficial grafts. To cut the trunk would be to commit suicide, to renounce one's own personality and to assume artificially that of others, without ever completely succeeding. Again, let's remember the old saying: The log has spent a lot of time in the water, it may float, but it will never become a crocodile!”

“Young people, be this good gardener,”  Hampâté Bâ exhorts. “Then, well-rooted in yourselves, you will be able to open to the outside, without fear and without harm, both to give and to receive.”

A defender of traditional African society, and recognizing that it had “its flaws, its excesses and its weaknesses”, he draws our attention to the fact that it was “above all a civilization of responsibility and solidarity at every level,” including the environment. “Humankind was also considered responsible for the balance of the surrounding natural world. It was forbidden to cut a tree without reason, to kill an animal without a valid motive. The land was not the property of humans, but a sacred trust entrusted to them by the Creator and of which they were only the managers.” In the era of the Anthropocene – the result of the divorce between humankind and nature – this lesson of our ancestors invites us to seriously question the way of life that we have adopted, which is destructive of both traditions and the environment.

Open-mindedness, diversity, dialogue and mutual understanding –these are the four pillars that bear the message of this precious letter from Hampâté Bâ. The time has come to put it in the hands of everyone, young and old, in Africa and elsewhere.

Storyteller, writer, poet, ethnologist, spiritual leader, numerologist, diplomat,  Hampâté Bâ defined himself as “a graduate of the great university of the Word, taught in the shadow of baobabs”. Having taken some unusual paths to reach the higher spheres of knowledge, he made it his mission to pass on the baton to us – regardless of our beliefs, our skin colour or our age.

Youth, in the Courier:

A novelist, essayist and poet, Abdourahman A. Waberi was born in what is today the Republic of Djibouti. He now lives between France and the United States, where he is a professor at George Washington University in Washington, DC. Author of several novels, including Aux États-Unis d’Afrique (In the United States of Africa) (2005) and La Chanson Divine (The Divine Song) (2015), he also writes a bi-monthly column for the French newspaper Le Monde. Translated into over a dozen languages, his work seeks answers from the world with anger, tenderness and compassion.