Welcome to the Anthropocene!

Anthropocene, Technosphere, Great Acceleration, Sixth Extinction – a lot is being written about these ideas, both in the press and in scientific literature. But what exactly do these terms mean? To begin with,  what precisely is the Anthropocene? What are the scientific, ethical and political  implications of this hotly debated concept? The term  – anthropo for human, and cene for new –  was coined at the end of the twentieth century with the view to label a new geological epoch which we may have entered, following significant changes to Earth’s ecosystem as a result of human activity. 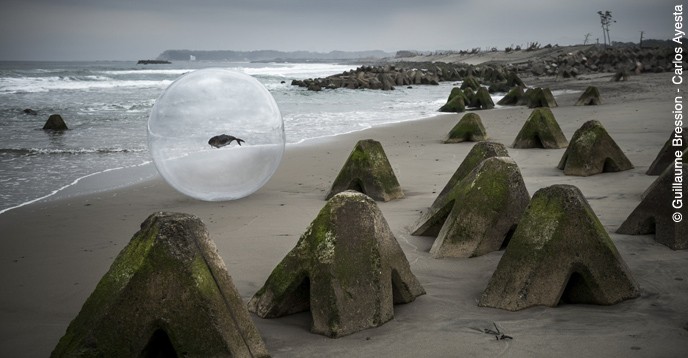 Bad Dreams, part of a series by photographers Guillaume Bression and Carlos Ayesta in the no-go zone around Japan’s Fukushima nuclear power plant, in 2013.

We are witnessing the disappearance of animal and plant species at an unprecedented rate since human life began. The Technosphere – which comprises the array of technological materials that we use, or have used and discarded – has reached a massive 30,000 billion tons. Climate change is affecting every aspect of our lives, including security, especially in the most vulnerable regions of the world.

Some consider that this new epoch is the consequence of an irresponsible capitalist system,  and prefer to use the term Capitalocene. Others see humans as a geological force that could usher in a Sixth Extinction long before its time. But is humankind really on the verge of a catastrophe?

With such dire forecasts of doom causing widespread angst among people everywhere, the Courier  asked a broad spectrum of experts from the sciences, including geologists and biologists, and the humanities – political scientists, sociologists, economists, and historians – to present their  views on the question in its Wide Angle section. The experts come from different geographical and cultural backgrounds and have avoided the use of jargon. But just in case anyone still feels lost, a  Lexicon  of words for this new age of humans is included, to guide the reader through.

In the Ideas section, three internationally celebrated academics consider the notion of diversity –  Mireille Delmas-Marty, a member of the Institut de France; Souleymane Bachir Diagne, Senegalese philosopher; and Abdourahman Waberi, novelist and diarist from Djibouti. With these articles, the Courier marks the celebrations of the World Day for Cultural Diversity for Dialogue and Development (21 May) and the International Day for Biological Diversity (22 May). 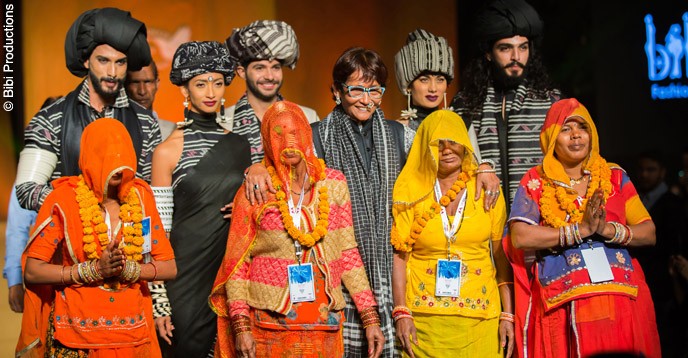 Bibi Russell pays tribute to the craftswomen of Barmer, Rajasthan, whose work was presented at a fashion show to celebrate Rajasthan Day in the Indian state, March 2017.

Our Guest for this issue is Bibi Russell, a fashion designer from Bangladesh. A former  top model in London, she quit the catwalk to devote herself to using fashion for development. She is currently working in India, helping young women, some of whom were trafficked as children, to find their bearings and start a new life.

To mark UNESCO’s Africa Week in May, we focus on youth in the West and the South of the continent, in our Current Affairs section. After visiting  Athens, World Book Capital 2018, we travel  to Canada’s Northwest territories, on the other side of the world, to discover the people of Great Bear Lake, in the Tsá Tué biosphere reserve – established and looked after by the indigenous community that lives there.

Finally, Zoom invites us to follow an ordinary day in the life of Qello, a 13-year old girl in Ethiopia, hour by hour.

The UNESCO Courier celebrates its 70th birthday in 2018. Each issue this year will feature an article that looks back at this extraordinary adventure. In this issue, Roberto Markarian, Rector of the University of the Republic, Uruguay, recounts the story of the role the Courier has played in his life.

Anthropocene: the vital challenges of a scientific debate
Humans are a geological force
The unbearable burden of the technosphere
The little frog that lost its lustre
Climate change raises conflict concerns
The view from Dominica: Anthropocene or Capitalocene?
Stop the catastrophist discourse!
A lexicon for the Anthropocene

An ordinary day in the life of Qello

We, the servants and tenants of Earth
Creolizing the idea of humanity
A missive for youth

Athens: Books everywhere
Filling the cultural vacuum
Young Africans: reinventing politics
Listen to the voice of the lake
The UNESCO Courier is 70: Attending the school of free thought