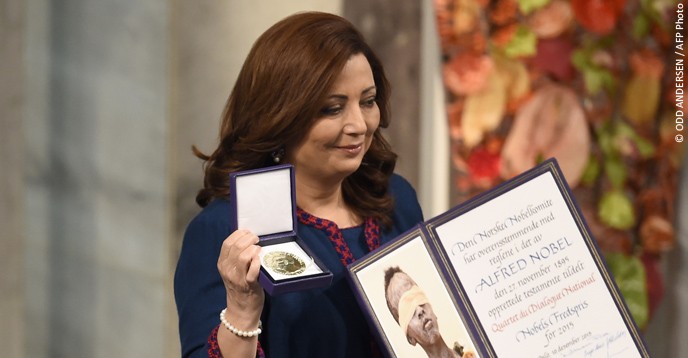 As president of UTICA, you played a major role in helping Tunisia resolve  the political crisis of 2013, by initiating a “national dialogue” with three other organizations. How did you achieve this?

There were four of us [the Tunisian National Dialogue Quartet, winner of the Nobel Peace Prize, 2015] − UTICA, the Tunisian General Labour Union (UGTT), the Tunisian Order of Lawyers and the Tunisian Human Rights League (LTDH). After the politically-motivated assassination of the deputy [opposition party leader], Mohamed Brahmi, in July 2013, barely six months after Chokri Bellaïd, leader of the Popular Front, was murdered, we decided to publish a joint statement calling for calm.

We then used this [statement] as the basis for a road map, which, for us, reflected the aspirations of the vast majority of Tunisians. We submitted it to the main political parties and twenty-two parties agreed to sign it. Only the Congrès pour la République (CPR), one of the parties in the interim government at the time, refused to take part in the process. The Ennahdha party, which had also joined the interim government, finally signed the statement, without the amendments it had wanted.

For the first time in Tunisia’s history, relations between workers’ unions and employers were relatively good. Was ‘dialogue’ the watchword for dealing with political and social issues?

Yes. Before entering into the political negotiations, there was a series of discussions to reach an understanding between UTICA and UGTT – on the initiative of UTICA, I should emphasize. We wanted to establish this initial milestone in social dialogue. There is nothing is more effective than getting together around a table when it comes to breaking down barriers between unions and employers. Businesses cannot function without their owners or their workers. In the interests of productivity, the best thing is to adopt the principle of “living together in peace” in spite of our differences.

UTICA used to be an ally of the authoritarian government, but  after the 2011 revolution, it became one of the players in the democratic process. How did this change come about?

It’s true, UTICA was not totally independent in its decision-making. We are expected to work with government, whatever its political colour. The capital is always fragile. Even so, certain burning issues had been tackled before 2011, such as parallel trade or fraud and corruption. Fortunately, we are now a democracy, which allows us to address even the most sensitive issues more frankly and openly. This greatly facilitates dialogue.

In your opinion, what role should the private sector play in upholding the democratic process?

The slogan created by the youth movement during the revolution was “Dignity and Work”. It’s true, there is no dignity without work. So our role is to invest in order to create jobs. And if we can achieve this objective, we will have resolved the country’s economic and social problems.

Democracy is a major achievement. But it is not sufficient for the stability of the country. What good is talking if you don’t have enough to eat? So we have an important role to play in creating jobs. But the government has to follow through.

There are several things holding back development. A number of laws need to be revised. The slow pace of the administration is discouraging investors. Foreign investors are not very motivated because they feel that existing laws are either not clear or not applied. Even we Tunisians, in spite of our good will, feel frustrated at not being able to act as quickly as we’d like because the administration and the laws aren’t keeping pace.

Public-private partnerships (PPPs) are recognized as a necessary element in achieving the United Nations Sustainable Development Goals (SDGs). Where does Tunisia stand on this?

The Tunisian parliament passed a law allowing public-private partnerships. But as it was formulated, this law has emptied the principle of any meaning in practice. We are now working to improve it. Promulgation of the law hasn’t been followed up adequately with information to explain the objectives underlying PPPs. With the exception of certain strategic sectors – where the state has to be present and where the private sector does not have the means or the authority to intervene – the private sector has to participate actively in investments, especially in the provinces, to develop the economy and particularly to encourage youth entrepreneurship. And I’ll take this opportunity to send out a message to young people: you can always start small and expand later.

Would you like to see radical solutions to get Tunisia out of the economic crisis it is in?  What role could UTICA play in this process?

There are no miracle solutions. An advantage for Tunisia is that the economic ills are well-defined and known to everyone. The most urgent thing is to apply the law.

We have to find a solution to parallel trade and the informal economy, which are undermining our entire economy. We need to have better control over our borders and make a serious effort to get youth into organized employment. We also have to convince people that paying their taxes is an act of citizenship. Finally, the Tunisian government, which previously did quite a good job, needs to restore the image it used to have, so that we can put our trust in it once again.

There are a number of obstacles today that we are all aware of. What is needed is the political will to overcome them and restore trust between all the stakeholders − a necessary precondition for any form of development. True, we have passed from being a dictatorship to a democracy. But this does not mean that the state has to be absent. A minimum of order is necessary, if only to apply the law. We do not want an authoritarian state again, but we do want a strong state. And the state derives its strength from the application of the law. The authority of the law provides rigour, and rigour leads to trust. And it is trust that brings investment and prosperity. 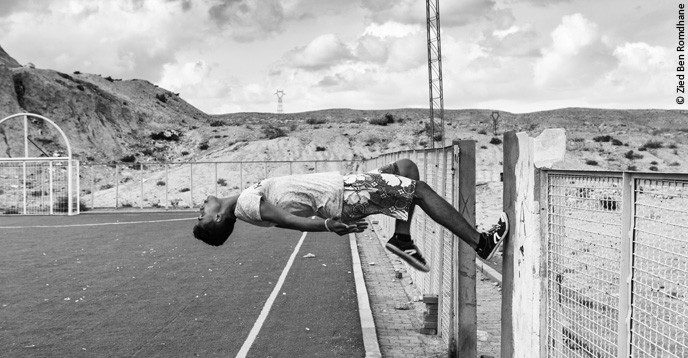 Photo from the West of Life series (2015) by Tunisian photographer Zied Ben Romdhane.

Terrorism and the recruitment of youth via the internet has become one of the major challenges of our time. In 2015, the Tunisian Quartet launched an appeal from the Nobel podium to combat this plague. What solutions does it suggest?

I believe that we haven’t yet addressed the problems of youth in a pragmatic manner. In Tunisia, six years after the revolution, young people have still not seen any concrete actions in response to their demands. They still have no work, no leisure, no adequate framework to fulfil their potential, and no cultural or sports activities. On the other hand, they have easy access to the internet. With no work and no one listening to them, they are easy prey for recruitment, especially if they are promised paradise and loads of money.

We still haven’t realized just how serious this phenomenon is, especially in the interior of the country. Let’s not forget that terrorism is closely linked to smuggling − in other words, the informal sector − where young people find work. A whole education programme has to be put in place by the government to enter into dialogue with youth, to teach them about citizenship and to explain that the state alone cannot solve all their problems. To create employment, the state has to ensure that there is security, political stability and legislation to encourage entrepreneurship and foreign investment.

Employers are often called “businessmen”. But since 2011, they have had a woman as their chief representative. This is a first! How is this situation viewed?

It has never bothered anyone. As a company director myself, I am no stranger to the family of employers. Also, no one thinks that just because UTICA has a woman as its president, it risks losing its authority or weakening its role. It is true that I was the only woman on the executive board and I was democratically and transparently elected, with a very clear majority over the other candidates. I think that the choice was made on the basis of objective criteria, such as the programme, charisma, a sense of leadership and management skills. Frankly, I have never felt uneasy as a woman in this position.

Do the pressures of politics and union work interfere with your private life?

When one becomes a public figure, one no longer has the private life one used to have. It’s a choice I have to accept. I work without pay for the good of my country and the organization. I am prepared to endure all kinds of pressures and criticisms, so long as they stay within my official and professional sphere.

What is regrettable is the interference with my private life. Some people unfortunately mix everything up. But I keep things separate. I respond seriously to all objective criticism concerning my professional and political activities, according to my convictions. But I simply ignore disparaging remarks about my private life.

My father built up a family and businesses conscientiously and with hard work. He taught me to have a sense of responsibility, which has enabled me to manage my personal and professional life with the necessary serenity.

The first woman to be president of UTICA, Ouided Bouchamaoui was designated “Best Businesswoman in the Arab world” by the Deauville Partnership, launched at the G8 Summit in 2013. In 2014, she received the Business for Peace Award from the Oslo Business for Peace Foundation, and in 2015, was awarded the Golden Shield of Excellence by the Arab Organization for Social Responsibility.