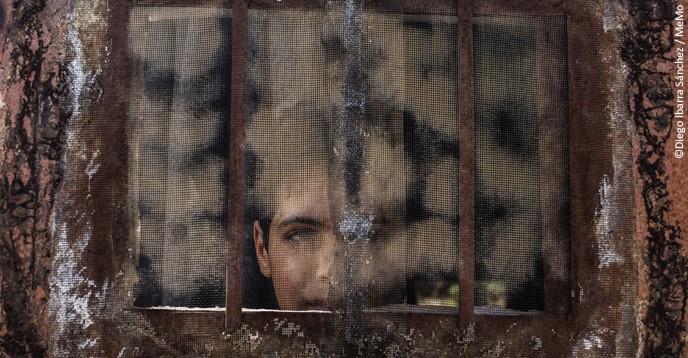 “Time, a time bomb, stagnates in exile and blots the sheets of school calendars that will never return.” Spanish photojournalist Diego Ibarra Sánchez uses this metaphor to express a thought that has been haunting him for a long time – war is wiping out the future of an entire generation.

According to UNESCO, only half of refugee children and a quarter of adolescents attend  school, while over 28 million children living in regions affected by conflicts do not go to school at all.

Too often the effects of war on education are missed by the lenses of war photographers. Teachers are murdered, schools are destroyed or converted to military bases, there is  profound psychological trauma – and, in the end, millions of children are deprived of access to an education. Going beyond the sensationalism of images of war, Diego wants to show how the future of a ‘lost generation’ is being destroyed.

Having a mother who was a teacher, Diego was already aware of the challenges of education when he set off for Pakistan in 2009, at the age of 27. At the time, the country was in the clutches of a violent Taliban campaign against the school system. That is when he launched the Hijacked Education project, which the Courier highlights in this Zoom.

In 2014, Diego moved to Lebanon, where he still lives today, with his wife and two-year-old son. He has continued to develop his work on the theme of school in the time of war, going to Syria, Iraq and Colombia.

“Unfortunately, the chapter is not closed yet,” says Diego. “This is still very much how life is in many parts of the world, and so my project is ongoing. We consume millions of images without taking the time to digest them. In passing from one reality to another, without pausing, we have become ‘tourists’ of the pain of others,” he adds. Using the power of his work as a photographer, he attempts to encourage the hurried ‘tourists’ that we are,  to stop and think, and to help to defuse the ticking time bomb that is threatening so many of the world’s school children. 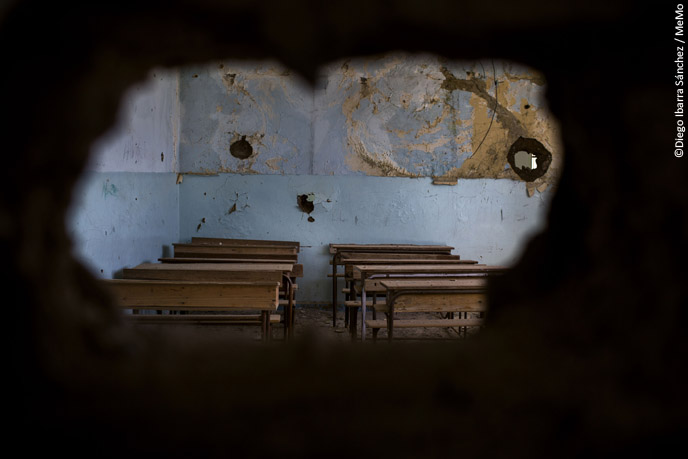 The scars of war.
A destroyed classroom seen through a hole in the wall, Hasakah, Syria, 13 April 2016. 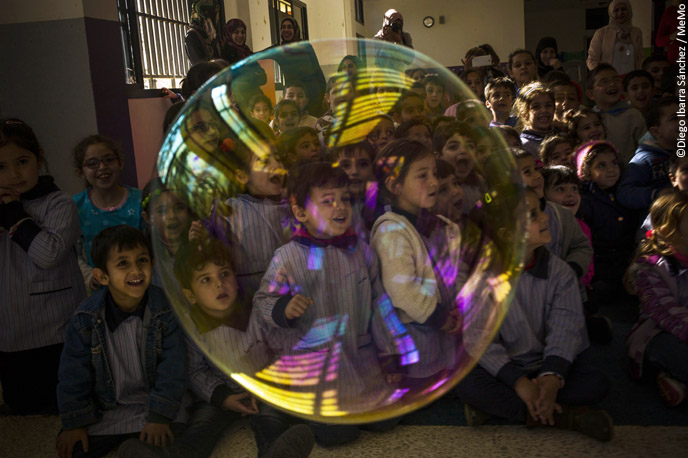 Performance by French association Clowns Sans Frontières in a Lebanese school for refugee children, December 2014.  Half of the world’s refugees are children. Most of them live in developing countries, where many schools already have difficulties educating children from their local communities. 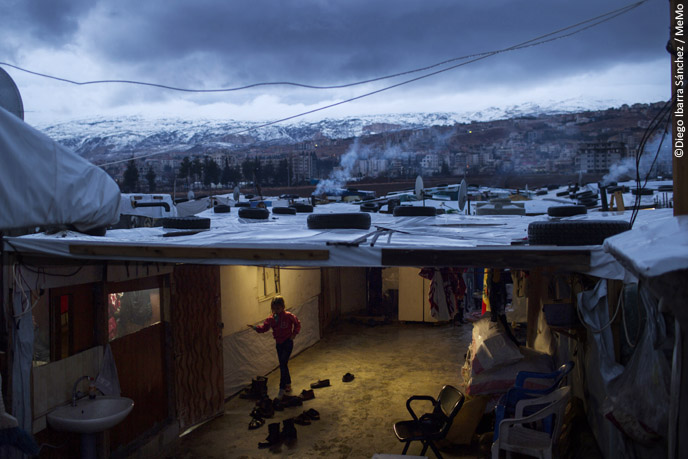 A young Syrian refugee plays in a makeshift shelter erected in an informal camp on the outskirts of Zahlé, Lebanon, 16 December 2016. Globally, the number of displaced persons has reached levels never recorded before. In 2015, 65.3 million people were forcibly displaced. Fifty-three per cent of refugees originate from Syria, Somalia or Afghanistan. 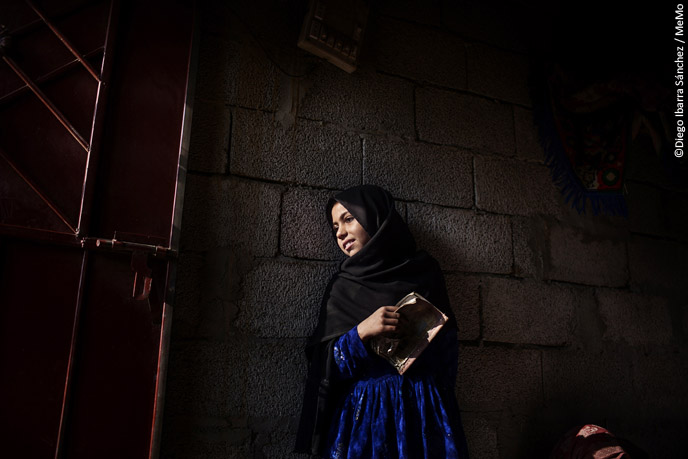 A ray of sunshine lights up the face of an Afghan refugee schoolgirl in Pakistan, 2012. 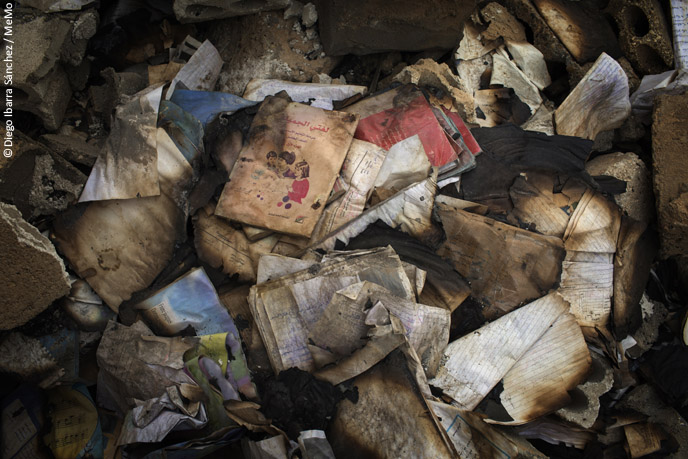 Hundreds of textbooks set aflame by ISIS militants in a school in al-Shaddadi (Syria), April 2016. Schools, like hospitals,  are among the most dangerous places in the country. Yet, there is provision for the protection of schools and hospitals under the 1907 Convention concerning the Laws and Customs of War on Land. 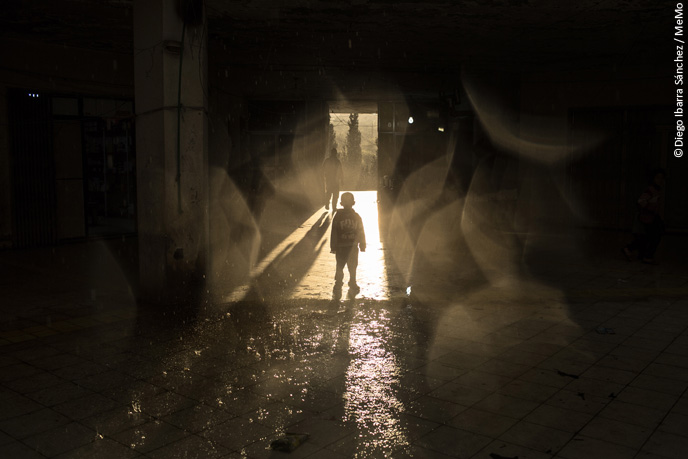 A Syrian boy waits for the rain to stop in an old shopping centre outside Tripoli (Lebanon), currently occupied by 300 refugee families, 2016.  The little we know about displaced people mostly concerns those living in camps, but over half of all the world’s refugees are in urban areas.