Culture: the bedrock of peace 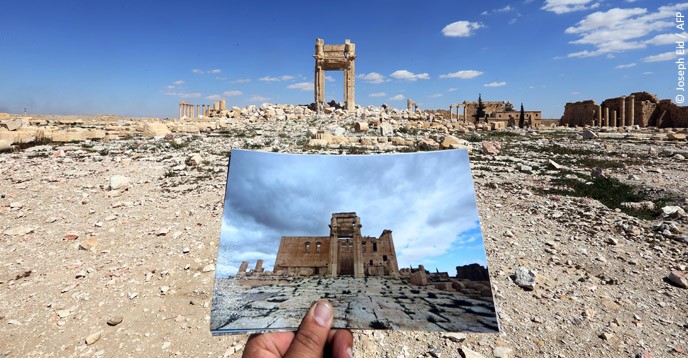 In recent years, we have witnessed the emergence of a new awareness of the role that culture plays in security and peace. This has taken the form of a series of daring and unprecedented international actions. For the first time in history, a United Nations Security Council resolution, Resolution 2347, adopted unanimously on 24 March 2017, deals with the various threats to cultural heritage.

Another unprecedented event was the International Criminal Court’s first conviction, on 27 September 2016, for a war crime involving the deliberate destruction of cultural heritage. The perpetrator, Ahmad Al Mahdi, a member of the Islamic extremist group, Ansar Dine, was given a nine-year prison sentence. In an exclusive interview to the UNESCO Courier, he explained how he became ensnared, from early childhood, in a vicious cycle leading to violent extremism  – and how damaging his actions were for the cause of humanity and his own future prospects.

This vicious cycle was also the focus of a documentary, Jihad: A Story of the Others by Deeyah Khan, UNESCO Goodwill Ambassador for Artistic Freedom and Creativity. Born in Norway into a Muslim family, she experienced first-hand the consequences of the rise in religious fundamentalism, before putting it under the scrutiny of her lens. She made art her weapon of choice because it “abolishes differences and demolishes the walls and inequalities that divide us”. This is a conviction shared by the Global Arts Corps (GAC), an international community of professional artists, which encourages young survivors of genocide to use theatre as a workshop for reconciliation with themselves, their past and the Other.

There are so many articles to discover in the Wide Angle section of this issue of the Courier, which includes some equally fascinating news stories.

One of the greatest tragedies of our time, termed the “the migration crisis”, exposes the tribalism that underlies what the philosopher Souleymane Bachir Diagne calls a “crisis of the idea of humanity”. This is the theme of the Ideas section, which Sarah Willcox tackles by turning the spotlight on migrant or refugee scientists.

In most cases, these people have been forced by war to flee their homes. But what happens to their children, deprived of their right to go to school? We are given a glimpse of this in Zoom, where the sad spectacle of walled-up schools, abandoned classrooms and burned books contrasts with the invincible smiles of childhood, shining in a bubble of happiness. 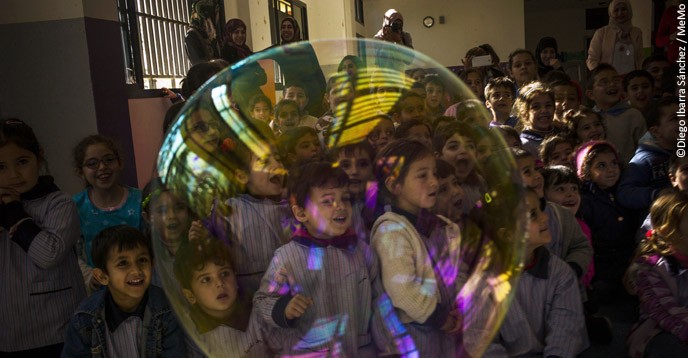 Our guest in this issue is Ouided Bouchamaoui, a member of Tunisia’s National Dialogue Quartet. Awarded the 2015 Nobel Peace Prize, the group of civil society organizations played a major role in helping Tunisia establish a peaceful political process – by initiating a national dialogue in 2013, when the country was on the brink of a civil war.

In the Trending section, the Courier explores different aspects of our oceans – the fascinating story of Nanhai No.1, the wreck of a thirteenth-century Chinese merchant ship, preserved today in its “Crystal Palace”. We partake of the adventure of the Energy Observer, the first vessel to be powered by hydrogen and renewable energy, which began its round-the-world voyage in June 2017. We also discover the SMART project, a network of environmental sensors arranged along thousands of kilometres of undersea cables, which could provide real-time data to reduce the effects of tsunamis.