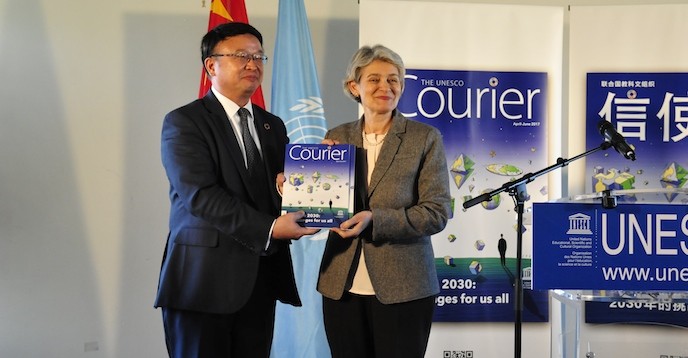 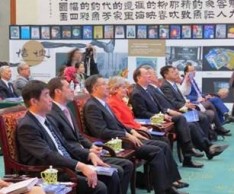 “Just the name of this emblematic publication evokes the essence of our Organization, its history, its values. From the first issue, published in February 1948, to the one I have in my hands, the Courier has remained faithful to its mission -- to promote humanist ideals, to build bridges of dialogue between cultures, to provide a safe space for international debate.” It was with these words that Irina Bokova, Director-General of UNESCO, launched the UNESCO Courier at the Diaoyutai State Guesthouse in Beijing, China, on 13 May 2017.

After an interlude (for budgetary reasons) of five years, the magazine began its new life in April 2017, thanks to the generous support of the People's Republic of China. Appearing quarterly in a limited-edition print run, the Courier is once again available online (en.unesco.org/courier) in seven languages: Arabic, Chinese, English, French, Portuguese, Russian and Spanish. Access to the online edition is free of charge and just a few clicks are all that are needed to consult the archives.

A strategy for extending the online presence of the magazine is currently being developed and partners for new language versions are being sought.

“In the 1980s, the magazine was published in over 35 languages, thanks to the co-operation of the various National Commissions”, recalled Irina Bokova, as the Courier was relaunched at UNESCO Headquarters on 27 April 2017. She added that she was convinced the partnership with China will encourage “many players in the public and private sectors to become our partners to help develop the Courier on a global scale.”