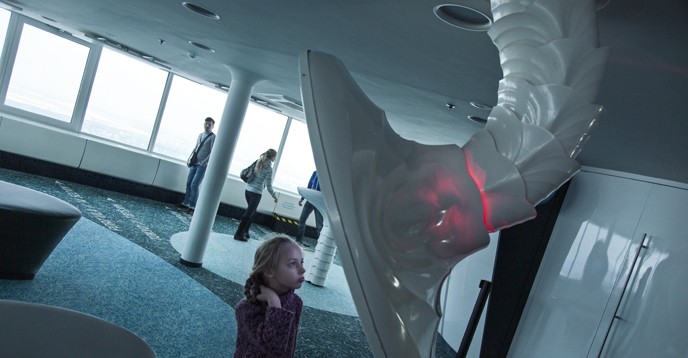 The inspiring story of how Estonia became E-stonia [an apt joke coined by former president Toomas Hendrik Ilves] began in 1996, with the help of the Tiger Leap Foundation, a government-backed technology investment body. Not long after its independence from the Soviet Union in 1991, the country decided that the online economy and massive technological innovation was the way forward for a tiny country with no natural resources to fall back on. Through Tiger Leap, all Estonian schools were online by the late 1990s, and large investments were made in computer networking and infrastructure.

Five years later, ten private and public companies formed a strong public-private partnership, creating the Look@World Foundation. Supported by telecom and banking interests, the project raised digital awareness and popularized the use of the internet and Information and Communication Technologies (ICT), particularly in education, science and culture. The initiative’s first project aimed to bridge the country’s “digital divide” by providing free computer training to 102,697 participants, or 10% of the adult population. And Estonian children are taught computer programming starting at the age of seven. There’s been no looking back. In July 2016, 91.4% of Estonians used the internet; a big jump from 2000, when only 28.6% of the population was connected.

Cooperation is the key

The keys to the success of Estonia’s e-revolution have been cooperation and reciprocity. Successive governments have backed e-Estonia since it was launched in the early 1990s. The private sector, academic institutions and citizens have all cooperated to make the initiative a winner. Reciprocity, because the state has gained the confidence of its citizens, who in turn have given the state full access to their personal data. Estonians have a digital identification program that is the envy of much larger countries – they can complete just about every municipal or state service online in a matter of minutes.

To ensure transparency and accountability, citizens are allowed to monitor their own privacy. They can trace anyone who has tried to access their data by logging on to the state portal, eesti.ee. There have been a few cases — among doctors and policemen, for instance — where people have been sentenced for unethically accessing databases. “You cannot bribe a computer,” Ilves — Estonia’s president between 2006 and 2016, who spearheaded the country’s digital revolution — once said.

Estonia has opened its borders to attract talent and fuel the nation’s start-up economy. With over 400 startups, Tallinn, the capital, has been called “a sort of Silicon Valley on the Baltic Sea” by the New York Times. This is the land where Skype, the free video service, was created, revolutionizing how the world communicates. It is a calling card that has put Estonia firmly on the global map. Skype is also now a word in the Oxford English Dictionary! Other notable startups include TransferWise, a foreign exchange service, and Jobbatical, a job website that allows people traveling the world to extend their journeys.

The tertiary, or “free sector” of Estonia has played an active role in shaping open governance and e-democracy. To coordinate public inputs for policy debate, three different portals have been created, funded by taxpayers. According to Secretary of State Heiki Loot, “Estonia is known to be the only country where the drafting of legislation and interministerial coordination processes are so transparent.”

In 2016, Estonia was recognized as one of countries that has best included NGOs in the process of consulting the open government plan of action. Last year, citizen initiative portal Rahvaalgatus.ee was launched, making it possible to compose and send collective initiatives to the Estonian Parliament.

Estonia has also made some bold moves in experimenting with modern methods of the decision-making process. Rahvakogu or the People’s Assembly is a good example. Originally a platform of crowdsourcing ideas to amend electoral laws, three out of fifteen proposals sent to parliament via the online platform have actually become law. 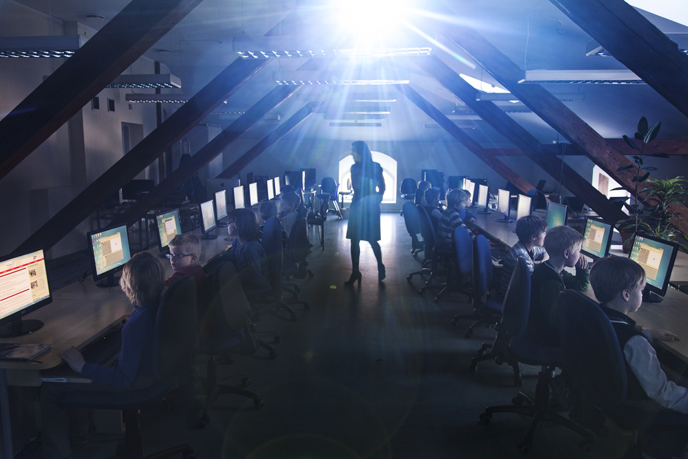 How will Estonia ensure the Baltic Tiger keeps on leaping? Ave Lauringson, a leading specialist in the Information Society Unit at the Ministry of Economic Affairs and Communications, says it’s a good sign that besides the government, the people themselves have become “hungry for IT”.  Over the years, IT education has spread from schools to communities and hobby education. Recently, over 200 people — many of them parents themselves — were schooled to teach robotics as an extra-curricular activity. “A third of students who have had previous contact with IT-related hobbies, have admitted it has had an effect on their latter career decisions,” Lauringson says.

Eesti 2.0, a non-profit organization that aims to inspire young Estonians to embrace a future in technology (with Ilves as its patron), provides students with different technological tools and offers them ideas to apply these technologies. The idea, according to the non-profit’s website (www.eesti2.ee), is “to nourish creative thinking across disciplines and connect science-based theories to real-life phenomena and events.” 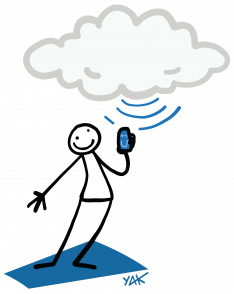 Robotics, coding clubs and programming enjoy popularity, but the question of a mutual relationship between young people and the e-state remains contentious. “The biggest surprise is that youngsters who possess different digital skills often lack them in giving a digital signature, for example,” Lauringson notes. “They haven’t had such a necessity for different e-services, but as soon as they are adults, it appears. Until this remains a problem, they cannot enter into a dialogue with the e-state.”

Another big challenge is increasing the computer literacy of the older generation, with many people over sixty struggling with elementary skills. With Tiger Leap, Estonian public libraries became centres for the internet, and older people still use libraries to access the e-state. This often turns the librarians into “IT specialists”, who are being trained to give advice.

Security awareness and data protection continue to be important goals in the digital era. Public authorities have been raising awareness and calling for smart behaviour on the internet through different campaigns and actions. For instance, the Estonian Child Welfare Union calls for the prevention of online distribution of material on child sexual abuse. A number of educational programmes are run by The Information Technology Foundation for Education (HITSA), targeted at advancing and intensifying cooperation between the ICT industry, educational institutions and the state.

The most popular of these is the ProgeTiger programme, initiated by Lauringson.  This unique public-private partnership programme has launched a nationwide scheme to teach school kids from the age of seven to nineteen how to write code. ProgeTiger combines the teaching of three integrated fields: engineering sciences, design and technology and information and communications technology.

Finding qualified teachers remains a major hurdle. Professor Jaak Vilo from the Institute of Computer Science at the University of Tartu recently claimed that we would not be able to educate enough programming teachers even in the course of the next ten years. He has proposed to arrange online courses for high school graduates. Free online courses (MOOCs) exist for adults, but we critically need to start something similar for the younger generation, Vilo claims.

So far, we don’t have enough data to measure digital literacy. The first moment of truth will be in 2018, when ninth graders do their first countrywide test on digital skills. We know people can use the computer, but such skills are not enough to bring innovation — we must be able to create digital and technological content. Though the PISA (The Programme for International Student Assessment) test results flatteringly put us on top of the world, we shouldn’t let ourselves rest on our laurels. Complex problem-solving, critical thinking, creativity, people management and emotional intelligence will be the most important skills to possess in 2020. We also need to figure out how to keep our students happy, so they continue to enjoy the learning process.

Mari Roonemaa (Estonia) is Media Coordinator of the Open Estonia Foundation, which has worked to help develop democracies and open societies in Estonia and other countries for the past 27 years. The former editor of a publication covering Estonia’s tertiary sector, she is also a freelance journalist.