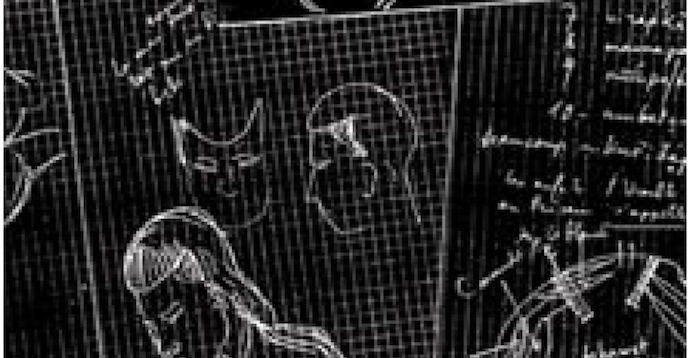 Human mathematics will escape the despair of “great numbers” – the raft to which the social sciences, lost in an ocean of figures, have been helplessly clinging, says Lévi-Strauss in an article published in the Social Science Bulletin in 1954, which recommends co-ordinating methods of thought. Excerpts

When we consider the history of science, it looks as if man realized, at a very early stage, what his programme of research was to be and then, once having decided on it, took hundreds of years to acquire the means of carrying it out. In the earliest days of scientific thought, the Greek philosophers stated the problems of physics in terms of the atom, and now, two thousand five hundred years later – in a way that they probably never guessed – we are just beginning to fill in the framework which they outlined so long ago. The same might be said of the application of mathematics to the problems of mankind, for the speculations of the earliest geometers and arithmeticians were concerned with man far more than with the physical world. Pythagoras was deeply interested in the anthropological significance of numbers and figures, and Plato was much taken up with similar considerations.

In the last ten years or so these ideas, which were of such interest to the ancient world, have once more become matters of immediate practical concern; for it should be noted immediately that the developments to which this number of the International Social Science Bulletin hopes to make a modest contribution are by no means confined to the social sciences. They are also to be seen in the so-called sciences of man (if a distinction can in fact be made between the two groups). I would go even further, and say that the most sensational developments were perhaps first seen in the sciences of man – possibly because, at first sight, those sciences seem the most remote from any idea of exactitude and measurement, but also, in all probability, because the essentially qualitative object of their study made it impossible for them to ‘tag along’ behind traditional mathematics, as the social sciences have done for so long, and forced them to turn, from the outset, to certain novel and daring forms of mathematical thought. […]

The criticism to which the experimental psychologists of the beginning of this century, and the traditional economists and demographers, are open is certainly not that they have paid too much attention to mathematics, but rather that they have not paid enough; that they have simply borrowed quantitative methods which, even in mathematics itself, are regarded as traditional and largely outmoded, and have not realized that a new school of mathematics is coming into being and is indeed expanding enormously at the present time – a school of what might almost be called qualitative mathematics, paradoxical as the term may seem because a rigorous treatment no longer necessarily means recourse to measurement. This new mathematics (which incidentally simply gives backing to, and expands on, earlier speculative thought) teaches us that the domain of necessity is not necessarily the same as that of quantity.

Neither addition, nor multiplication, marriage can be expressed as equations

This distinction became clear to the present writer in circumstances which it may perhaps be permissible to recall in this context. When, about 1944, he gradually became convinced that the rules of marriage and descent were not fundamentally different, as rules of communication, from those prevailing in linguistics, and that it should therefore be possible to give a rigorous treatment of them, the established mathematicians whom he first approached treated him with scorn. Marriage, they told him, could not be assimilated either to addition or to multiplication (still less to subtraction or division), and it was therefore impossible to express it in mathematical terms.

This went until the day when one of the young leaders of the new school, having considered the problem, explained that, in order to develop a theory of the rules of marriage, the mathematician had absolutely no need to reduce marriage to quantitative terms; in fact, he did not even need to know what marriage was. All he asked was, firstly, that it should be possible to reduce the marriages observed in any particular society to a finite number of categories and, secondly, that there should be definite relationships between the various categories (e.g. that there should always be the same relationship between the “category” of the parents’ marriage and “category” of the children’s). From then on, all the rules of marriage in a given society can be expressed as equations and these equations can be treated by tested and reliable methods of reasoning, while the intrinsic nature of the phenomenon studied – marriage – has nothing to do with the problem and can indeed remain completely unknown.

Brief and simple as this example is, it is a good illustration of the direction now likely to be followed in collaboration between mathematics and the sciences of man. In the past, the great difficulty has arisen from the qualitative nature of our studies. If they were to be treated quantitatively, it was either necessary to do a certain amount of juggling with them or to simplify to an excessive degree. Today, however, there are many branches of mathematics – set theory, group theory, topology, etc. – which are concerned with establishing exact relationships between classes of individuals distinguished from one another by discontinuous values, and this very discontinuity is one of the essential characteristics of qualitative sets in relation to one another and was the feature, in which their alleged “incommensurability”, “inexpressibility”, etc., consisted.

This mathematics of man – to be discovered along lines that neither mathematicians nor sociologists have as yet been able to determine exactly, and which is, no doubt, still to be elaborated to a very large extent – will, in any event, be very different from the mathematics which the social sciences once sought to use in order to express their observations in precise terms.

It is resolutely determined to break away from the hopelessness of the “greatnumbers” – the raft to which the social sciences, lost in an ocean of figures, have been helplessly clinging; its ultimate object is no longer to plot progressive and continuous movements in monotonous graphs. The field with which it is concerned is not that of the infinitesimal variations revealed by the analysis of vast accumulations of data. The pictures it gives is, rather, that resulting from the study of small numbers and of the great changes brought about by the transition from one number to another. If the example is permissible, I would say that we are less concerned with the theoretical consequences of a 10 percent increase in the population in a country having 50 million inhabitants than with the changes in structure occurring when a “two-person household” becomes a “three-person household”.

Study of the possibilities and limitations connected with the number of members of very small groups (which, from this point of view, remain “very small” even if the members themselves are groups of millions of individuals each) no doubt carries on a very old tradition, for the earliest Greek philosophers, the sages of China and India, and the thinkers of the peoples who lived in Africa and America before colonial times and before Columbus were all much concerned with the significance and peculiar properties of numbers. The Indo-European civilization, for instance, had a predilection for the figure “three”, while the African and definite logical and mathematical implications.[…]

Think both mathematically and sociologically

The enormous majority of social scientists have, even now, had a classical or empirical training. Very few of them have mathematical background and, even if they have, it is often very elementary and very conservative. The new openings offered to the social sciences by certain aspects of contemporary mathematical thinking will therefore call for a considerable effort of adaptation on the part of the social scientists. A good example of what can be done in this direction was recently set by Social Science Research Council of the United States of America, which, during the summer of 1953, organized a mathematics seminar for social scientists at Darmouth College in New Hampshire. Six mathematicians gave an eight-weeks course for 42 persons on the principles of the set theory, the group theor y and the calculus of probabilities.

It is to be hoped that experiments of this sort will be made more often and more generally. […] From this point of view, UNESCO has a very important duty to perform. The need for a revision of syllabuses is felt in all countries; but the teachers and administrators, most of whom have had a traditional training, are intellectually ill-equipped to plan and carry out such a revision. International action by the very few specialists throughout the world who are now able to think both mathemat ically and sociologically, in terms of the new situation, therefore seems particularly desirable. UNESCO would render the social sciences an incalculable service if it concentrated on working out a sort of theoretical model course in social science (which could subsequently be adapted to suit local circumstances), that would strike a proper balance between the traditional contribution of those sciences and the revolutionary new offerings of mathematical research and culture.

It would, however, be wrong to suppose that the whole problem consists simply in reorganizing instruction, so as to enable social scientists to take advantage of the latest advances in mathematical thought. It is not simply, nor indeed mainly a question of taking over methods and results from the mathematics wholesale. The special needs of the social sciences, and the distinctive features of the subject of their study necessitate a special effort of adaptation and invention on the part of mathematicians.

Co-ordination of methods of thought

One-way collaboration is not enough. On the one hand, mathematics will help the advance of the social sciences but, on the other, the special requirement s of those sciences will open up new possibilities for mathematics. Viewed in this light, a new form of mathematics therefore has to be developed. This cross-fertilization has, for the past two years, been the main object of the Seminar on the Use of Mathematics in the Human and Social Sciences, organized at UNESCO House in 1953 and 1954 under the auspices of the International Social Science Council, in which mathematicians, physicists and biologists (on the natural science side) and economists, sociologists, historians, linguists, anthropologists and psycho-analysis (on the human and social science side) have taken part. It is still to early to assess the results of this daring experiment; but whatever shortcomings it may have had – which are only to be expected in this period of trial and error – all involved in it are unanimous in stating that they gained much from the seminar.

For man suffers quite as much, in his inner life, from “intellectual watertight compartments” as he does, in his community life, from the distrust and hostility between different groups. By working for the co-ordination of methods of thought, which cannot for ever remain entirely unrelated in the various spheres of knowledge, we are helping in the quest for an inner harmony which may be, on a different level from that with which UNESCO is concerned but no less truly, the real condition for wisdom and peace. 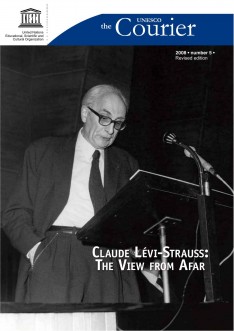