Associations and Clubs for UNESCO 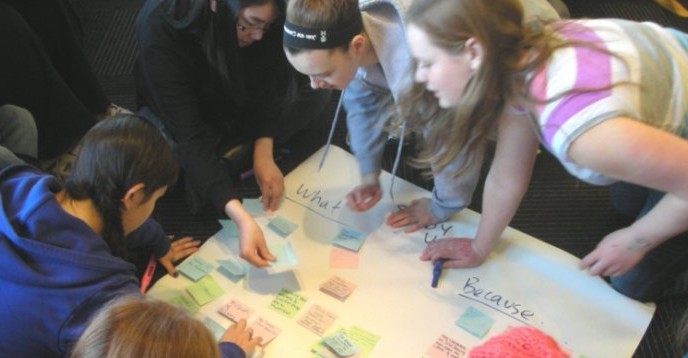 Associations and Clubs for UNESCO are groups of volunteers of different ages and socio-professional status who become activists in the service of UNESCO’s ideals.

Established under the aegis of the National Commissions for UNESCO, these entities are grouped into national, regional and international networks, for the purpose of acting in UNESCO’s fields of competence at the grass root level.

More than 75 years after the founding of the first UNESCO Association in 1947 in Japan, the movement has some 4,000 Associations and Clubs for UNESCO in nearly 80 countries around the world.

The activities carried out by the Associations and Clubs are varied and depend, very often, on the interests of their members and also on the financial resources and means of action available. Irrespective of their nature and scope, these initiatives foster the dissemination of UNESCO’s principles and objectives in civil society. These entities therefore make it possible to publicize the values represented by the Organization in local communities. In the light of civil society's growing role in public policy-making, the Clubs movement can play a key part in educating citizens, and can contribute to dialogue between cultures and generations for sustainable development.

At the national level, UNESCO Clubs are coordinated by their respective National Commission, sometimes with the help of a National Federation created under its aegis. At the regional level, regional federations as coordinating bodies carry out activities in promoting the Cubs movement across the regions. At the international level, the World Federation of UNESCO Clubs and Associations (WFUCA), as an international NGO maintaining official relations with UNESCO, is responsible for informing, coordinating and mobilizing its members, with UNESCO's support and cooperation.

Clubs for UNESCO have three main functions: training, information and action. They take up a position on global problems with local repercussions and thus contribute to the process of reflection on social priorities.

Although UNESCO’s name appears in the titles of the different Clubs and their federations, it does not mean that the Organization is in any way responsible for their activities.

Clubs must be able to develop their activities in their own ways: UNESCO has made a point of playing no part either in their setting-up or in their development. The different Clubs are financially and legally autonomous, thus responsible for their own operation, but UNESCO can provide intellectual, financial, and/or material assistance for specific activities that it considers particularly relevant.

In addition, to secure external financing, many Clubs turn to the National Commissions for UNESCO, ministerial departments, local communities and certain national or internationally-oriented bodies and also to companies, foundations and individuals. UNESCO helps to strengthen the Clubs’ impact by fostering cooperation with the programme sectors, field offices and the Organization’s main networks, such as that of the Associated Schools.

Some examples of the Clubs’ action:

How to become a Club for UNESCO

Clubs may be established by individuals and are frequently set up by schools or other educational and cultural institutions. It is up to the National Commissions for UNESCO to approve the status of a Club for UNESCO.

Associations and Clubs for UNESCO: a practical guide, 2021 edition

Global List of Associations and Clubs for UNESCO (October 2022)

Regulatory Framework regarding Associations and Clubs for UNESCO (full text)