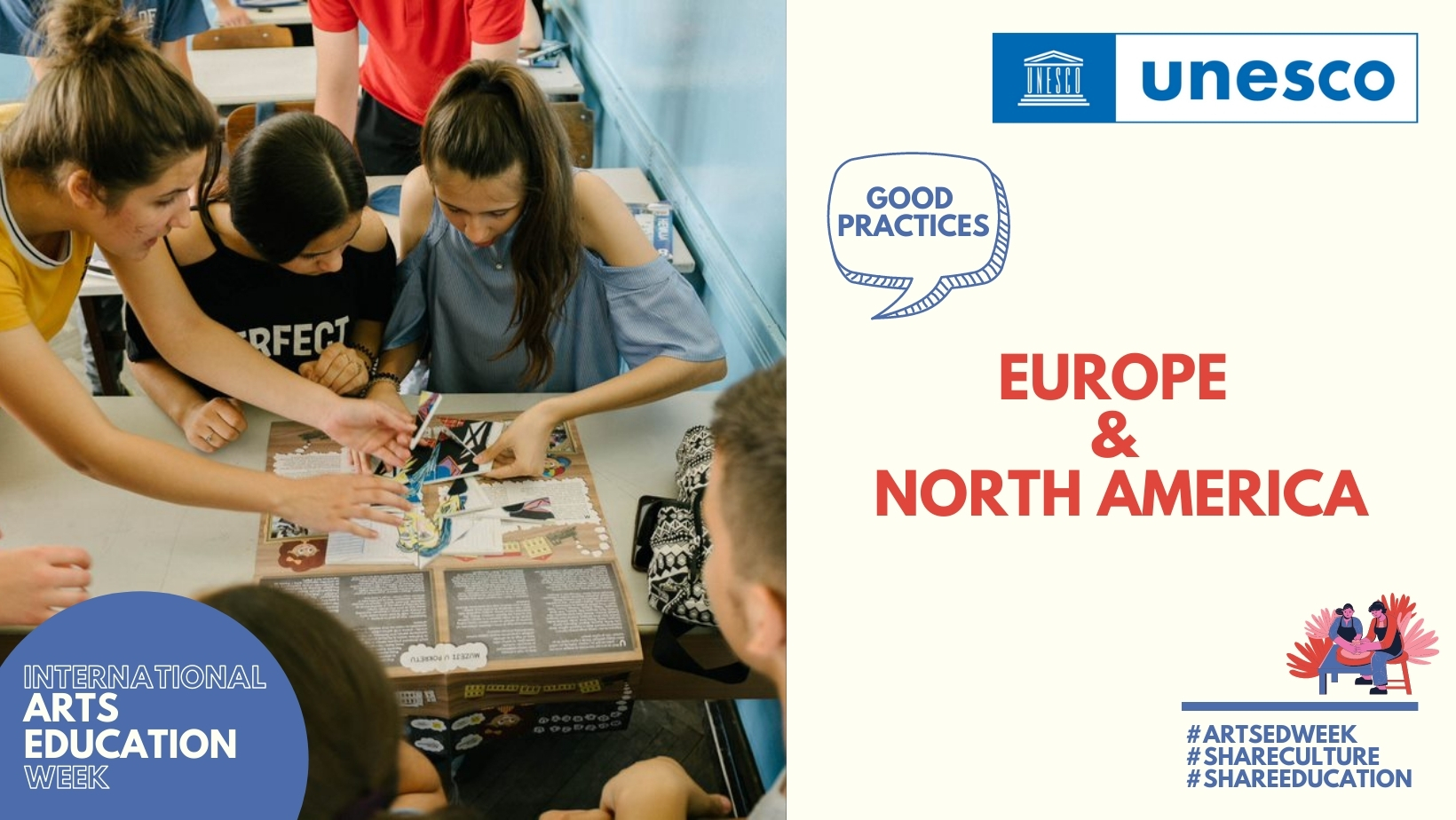 Education for the sustainable development of UNESCO heritage in Montenegro, Bosnia and Herzegovina and the Republic of Serbia 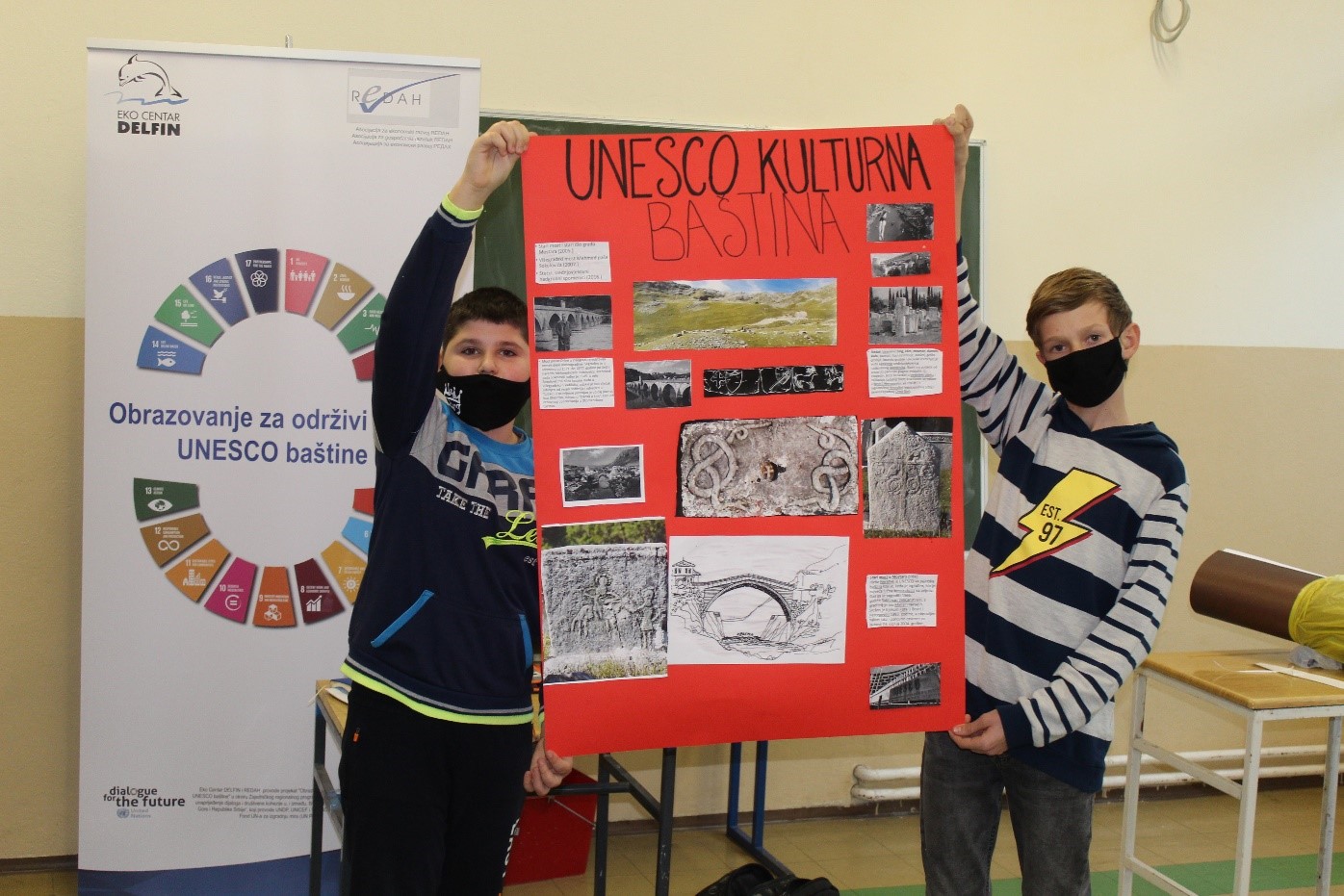 The non-governmental organization Eco Center DELFIN and the Regional Development Agency for Herzegovina have taken steps to strengthen education for the sustainable development of UNESCO heritage in cooperation with two primary schools in the cities of Risan, Montenegro, and Mostar, Bosnia and Herzegovina. As part of the project , which is part of the joint regional programme “Dialogue for the Future: Improving Dialogue and Social Cohesion in and between Bosnia and Herzegovina, Montenegro and the Republic of Serbia”, the project carried out informal educational activities to enhance knowledge across various areas of sustainable development, and raise awareness about the consequences of positive and irresponsible actions on the environment and cultural heritage. Also, from 2020 to 2021, universities in Sarajevo, Belgrade and Podgorica organized workshops on the promotion of cultural diversity, intercultural dialogue and tolerance through media and information literacy for teachers and librarians of primary and secondary schools in these three countries

© Dialogue for the Future

Museums in motion: 28 cities in Bosnia and Herzegovina mobilized to support local museums

The project “Museums in Motion” was implemented in 2018-2019 jointly by the Museum of Contemporary Art of the Republic of Srpska and the National Museum of Bosnia and Herzegovina to strengthen the collaboration between museums and primary schools in 28 municipalities in Bosnia and Herzegovina. The project included a series of organized visits and workshops to the museums of 28 municipalities aiming at highlighting the role and significance of the museums for societies. The project improved the quality of educational collaboration between museums and schools in the country and raised awareness on importance of cultural heritage of Bosnia and Herzegovina among children.

Teaching and learning with living heritage

The joint UNESCO-EU PILOT project “2018 European Year of Cultural Heritage: Engaging youth for an inclusive and sustainable Europe” proposes an innovative approach to school-based education by integrating intangible cultural heritage in lesson plans and extracurricular activities in schools, contributing to the safeguarding of living heritage through education.

Global experiences have shown that teaching core subjects such as maths, science or literature by using the intangible cultural heritage background of learners can make the learning process more relevant, as it creates better connections between what is taught in classrooms and the children’s everyday life. 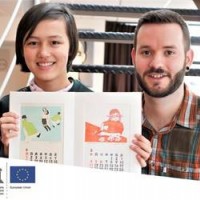 In Belgium, the CampusComenius school organized a special exhibition by asking students to bring objects related to practices, customs and know-how which reflected the living heritage of their families. The exhibition allowed teachers, students and parents to discover for the first time that the 140 students had roots in 37 countries around the globe, exploring traditions passed down from generation to generation. During the exhibition, the Hanga printing, a Japanese artistic tradition captured the attention of the students: in order to leverage the enthusiasm of the pupils, teachers worked closely with UNESCO and the grandfather of one of the students  - a practitioner of Hanga printing in Japan -to find ta creative way to include the practice in their teaching and learning experience. As a result, the students learnt how to create their own Hanga prints in art classes; while they used it to learn about geometric transformation in the maths classes, combining maths and arts in an innovative way.
I 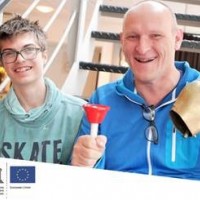 n Austria, the colorful parades of Glöcklerlauf celebration - which takes place every year in the Salzkammergut region of Austria - were integrated into informatics courses to design cap patterns for the traditional costumes of the festivity. The Glöcklerlauf celebration was also incorporated into art classes, in order to learn crafts techniques such as woodwork, paper and light decorations. Moreover, the students had the opportunity to study physics phenomena by learning about sound waves of the traditional little bells wore by the “Glöckler” during the festivity. 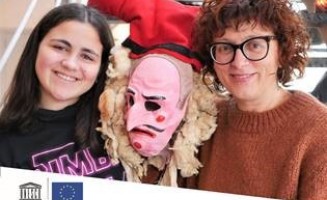 In Spain, teachers and learners, developed an interdisciplinary school project centred around the carnival figure O Merdeiro, a popular character of the Galician Carnival representing the rivalry between the local fishermen’ and farmers’ communities. With the support of a UNESCO, the practice was integrated in the art classes, where students could build the traditional O Merdeiro masks using innovative 3D techniques. Also, the students enhanced their knowledge of the Galician language through songs and oral traditions around and reinterpreted “regueifas” -a form of local poetry slam, and worked with traditional music rhythms from the region- during music classes. Last but not least, O Merdeiro resulted really useful to learn geography in a playful way, as students could learn about the traditional local economy based on fishing and farming.

These experiences represent powerful examples of how intangible heritage strengthen the links between schools, families and communities, reinforce relations between children, their parents and grandparents, stimulate students’ curiosity and promote the safeguarding of intangible cultural heritage – all this while making learning more exciting and accessible. The initiatives implemented in the framework of the project will be part of a film and will be included in new educational materials for the integration of living heritage in school-based education.