The first component of the project focuses on the improvement of relevant information on climate and water for decision-making. To make the information actionable, (locally) relevant and timely, two different spatial levels are considered:

At the regional level, the flood and drought monitors for Africa, Latin America and the Caribbean are further developed to bring them in line with the needs at the national level for real-time flood and drought monitoring and early warning system. For both regions, this requires tailoring of the current system to allow local uptake and ownership. In particular, the project considers improving the spatial resolution and integrating actively available national data sources where available. The Monitor also integrates climate change models as an integral component of the Monitor, to allow projected scenarios for each location in Africa, Latin America and the Caribbean.

At the subregional and national level, a more detailed type of climate services is needed. These involve national or subregional observatories, where local information sources can be integrated relevant for local stakeholders. As these observatories are tailored to local needs, they are independent, but connected entities that aim at providing monitoring and early warning capacities that can be integrated into national flood and drought management strategies and policies. These local level observatories also have the capability to ingest the climate services provided by the regional Flood and Drought Monitors, to ensure connectivity between both levels.

In Latin America and the Caribbean, two national observatories in Chile and Peru were developed during a previous project and have been operating independently since the project finalized in 2016, indicating the sustainability of these systems and the adoption by national governments.

In Africa, similar needs were identified during the regional workshop on ‘Climate Change Risk, Vulnerability Assessment and Early Warning for Africa’, held on 13-16 June 2017 at the AGRHYMET Regional Center in Niamey, Niger. As a pilot case study, flood and drought monitors (FDM) have been developed for Zimbabwe and Mozambique, in close collaboration with the local hydrometeorological agencies.

Under the umbrella of the activities of UNESCO-IHP, regional and national flood and drought monitoring platforms have been developed, particularly in African developing countries. These activities are aligned with one of the main objectives of project CliMWaR, of improving relevant information on climate and water for decision-making, while making the information actionable, locally relevant, and timely. With the support of Princeton University, the follwoing Flood and Drought Monitors have been developed: African Flood and Drought Monitor, Cameroon, Mozambique, Zimbabwe, and Namibia.

The water security situation in Africa is affected by an increase in the frequency and occurrence of extreme weather events, particularly droughts and floods. The effects of drought also affect regional economic development and growth in the region. The extreme weather events amplified by climate change are further stressing the water resources in the region, and this negatively affects the food security for the communities.

In order to mitigate the negative impacts of the recurrent drought in the region, UNESCO’s Intergovernmental Hydrological Programme is developing the conditions for a pan African Drought Atlas, which provides information on the frequency and intensity of droughts across the countries in the region, thereby enabling governments, institutions and concerned organizations to make informed decisions on mitigation, adaptation and response.

The need to develop a drought frequency atlas for the continent was identified during the regional workshop on ‘Climate Change risk, Vulnerability Assessment and Early Warning for Africa’, held on 13-16 June 2017 at the AGRHYMET Regional Centre. The further development also builds on a workshop to train African partners on the African Drought Atlas held between 22 and 26 October 2018 at UNESCO headquarters in Paris, France.

The development process will have distinct phases and will aim at providing capacity building on the newly developed tools and methods to identify regional hydro-climatic extreme events in the Africa region, using a Regional Frequency Analysis based on L-moments. It will consist of an online training process, combined with pilot applications in all African subregions, before expanding to cover all countries in the region that have expressed interest to be part of this initiative.

To assess how climate change can further aggravate the effects of water-related hazards, a specific analysis tool needs to be developed that supports decision-makers on the probability of adverse events to occur under climate change uncertainty. The Collaborative Risk Informed Decision Analysis (CRIDA) is a recently developed methodology that provides a framework for a bottom-up approach to include uncertain climate change information into decision-making. Preliminary work has been conducted through the project ‘The Impact of Glacier Retreat in the Andes’, which resulted in a methodological tool for a climate stress test for vulnerable watersheds and a pathway to identify appropriate adaptation strategies.

As part of the CLIMWAR project, the toolset is further consolidated in collaboration with project partners at the Regional Water Center for Arid and Semi-Arid Zones in Latin America and the Caribbean (CAZALAC), the Global Alliance for Water Adaptation (AGWA) and the Category 2 Institute for Water Education (IHE). A case study will be published on the impact of climate change on the Limari river basin in Chile as a UNESCO publication.

The development of a water-related vulnerability atlas is a crucial part in integrated drought (and flood) risk management, as it allows to identify those communities that are most vulnerable to these hazards and to tailor adequate management and policy solutions for these communities. This involves both the identification of the exposure to water-related hazards, but also the sensitivity to the impact of these hazards, which are mostly socio-economic in nature.

The project aims to advance the efforts to determine vulnerability to extreme weather events by facilitating development of (Drought) Vulnerability Atlases. This will be done by undertaking at least two well-documented case studies in Latin America and the Caribbean, in collaboration with CAZALAC, a UNESCO Category II Centre. It will draw on previous work (MWAR-LAC) from Mexico and Chile that developed similar pilot experiences in the past. Extension of this work to pilot African countries will be evaluated with local partners and stakeholders. 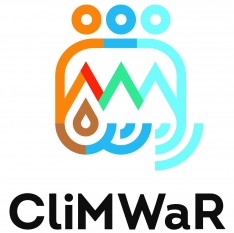