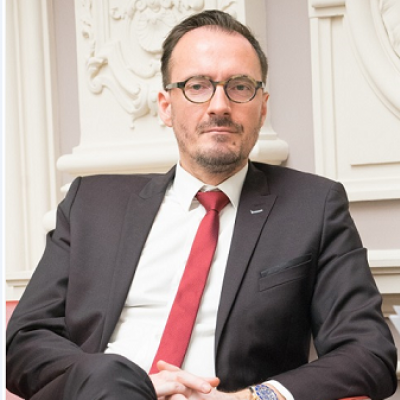 From 1989 to 1994, my first professional life experience was dedicated to my passion: the sea, during long-distance shipments as 1st class Captain of the Merchant Navy on liners, ferries or container ships for 5 years.

The Supélec Engineering degree in 1996 allowed me to strengthen my skills in industrial electronics and automation.

Then I embarked 2 years aboard Nuclear Submarines Machine Launchers (SNLE) as a detection officer. My conversion ashore took place in the "Automation & Electricity" department of Bureau Veritas for 2 years, a classification company for new or in service ships.

I joined the electrical and gas industries at DEGS in 1999 as assistant to the engineering manager of the connections of individuals and companies in the capital.

In 2004, I then had the opportunity to monitor the construction of 3 LNG carriers with electric propulsion of 140,000 m3 at the Saint-Nazaire yards on behalf of Gaz de France as shipowner.

Back at ERDF in 2007, I was proud to manage 200 operators of overhead and underground networks in the western Ile-de-France region, an enriching experience during which I participated in 3 FIRE (Forces d'Intervention Rapide Electricité) during the storms of 2009 and 2010.

I was then in charge of managing the electricity concession contract that ERDF renewed in 2009 for 15 years with the City of Paris, as well as relations with the 20 mayors of the Paris district.
Most recently in 2014, I was a project manager in EDF's Internal Audit Department, with the prospect of expanding my vision of the EDF Group there.

Since October 3, 2016, I have been Territorial Director of the electricity distributor Enedis (formerly ERDF) for the teams in Seine-Saint-Denis and Val-de-Marne.