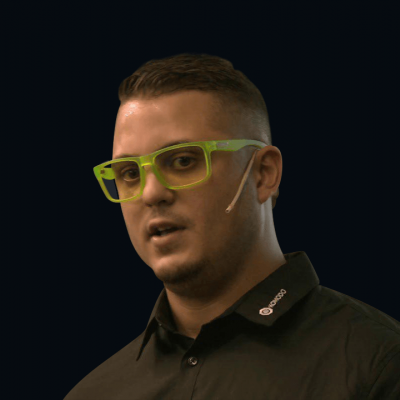 Raised in Northern Africa as the son of an Austrian diplomat and an African school teacher, Mr. Stadelmann’s passion for information and electronic technologies appeared at a very young age. He coded his first applications before entering primary school, where he received a multilingual education. Later, Mr. Stadelmann studied IT and economics at universities in Germany and Vienna. Upon graduation, he gained deep practical experience in IT security and network development while working in operations security in the government sector.

Mr. Stadelmann’s extensive and wide-ranging experience as a developer and ethical hacker ensure his ability to solve everyday problems with the help of IT and blockchain. He has been involved with cryptography and blockchain technology since 2011, began working with Komodo core developers in early 2016, and was promoted to the role of CTO in late 2017. He strongly identifies with Komodo’s vision and ideology, and his dedication to the Komodo project is founded on an unwavering desire to make the world a better place.

In addition to cryptography, blockchain technology, and development, Mr. Stadelmann is interested in literature, mathematics, astrophysics, and travelling.