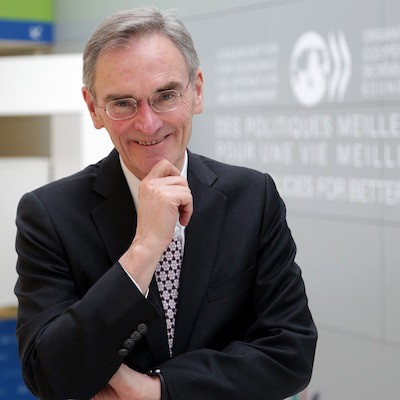 Mr. Medcraft has extensive experience working on financial markets and services issues, both from an industry and policy perspective. The first part of his career was spent in the private sector (30 years), with accounting firm KPMG then Société Générale in Australia, Asia, Europe and the Americas and then as CEO of the industry group, the Australian Securitisation Forum. At Société Générale, he initially worked on corporate finance, then capital markets, structured finance, project finance and funds management, before becoming Deputy Global Head of Financial Engineering and then Managing Director and Global Head of Securitisation. When he was based in New York, Mr. Medcraft co-founded the industry group, the American Securitization Forum, and was its Chairman for a number of years.

From 2009 to 2017, he was first Commissioner and then Chairman of the Australian Securities and Investments Commission (ASIC), Australia's corporate, markets, financial services and credit regulator. While ASIC Chairman, Mr. Medcraft was also, for three years until May 2016, Chair of the International Organization of Securities Commissions (IOSCO) Board and a member of the Financial Stability Board. IOSCO is the leading international policy forum and global standard setter for securities regulation.

Other earlier appointments include director of the Washington-based think tank Salzburg Global Seminar, member of the IMF High-Level Advisory Group of the Interdepartmental Working Group on Finance and Technology, a global steward of the World Economic Forum’s initiative on long term investing infrastructure, member of the Board of Directors of the United States Studies Centre at the University of Sydney. Mr. Medcraft has also held elected public office, including the mayorship of cities in Melbourne and Sydney.