The Intercontinental Biosphere Reserve of the Mediterranean is the first intercontinental reserve declared by UNESCO. This reserve includes a marine corridor and draws a scenario of communication and collaboration between two continents with different conditions: Europe and Africa. It runs between southern Andalusia and northern Morocco, forming an open arc towards the Mediterranean and fractured by the Strait of Gibraltar. The uniqueness of this natural and socio-cultural crossroads - where the Atlantic influence is a determining factor - is exemplified by its main axes: mountains, water, Spanish firsts and Andalusian culture, as well as the environmental and socioeconomic complementarity between its northern and southern sections. 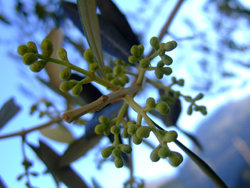 The physical and natural support of the biosphere reserve are the mountains of the large and rugged Bético-Rifeña mountain range, which extends through Andalusia and northern Morocco with heights ranging from 2,170 metres in the Jbel Lakraay to over 500 metres in the Strait of Gibraltar, creating natural conditions shared by both shores.

The mountain ranges, with their abrupt reliefs, have a large amount of water, which has generated various environments that are reflected in their more than 2,000 species of flora and fauna, with important endemisms, such as the Spanish fir, the black juniper or the cedar. In addition, the role played by the strait in the migrations of European and African birds, with a rate of 1,000 birds per hour, as well as in the transit of different species of cetaceans and constructions of biotic origin such as coral. 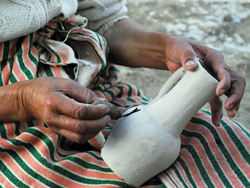 The Biosphere Reserve is an attractive area for visitors, due to its rich landscape combined with a socioeconomic system typical of mountain areas near the sea. These areas combine the traditional use of natural resources - linked to agriculture, livestock, fishing and forestry - with the communication and marketing possibilities of their ports. With the promotion of tourism, the administrations on both sides of the Strait intend that those who visit this space can observe the similarities of natural, historical and social values that are shared within the intercontinental biosphere reserve framework.

However, the most outstanding feature of this biosphere reserve is its willingness to promote a sustainable development model in a framework of institutional collaboration. This will has been materialized in the RBIM Action Plan that began to be implemented after its designation and that works in four directions: the three functions of biosphere reserves and its specificities as an intercontinental reserve: the strengthening of the reserve, the promotion of sustainable development, the improvement of environmental conditions and governance.