Declared by UNESCO in 2002, within the framework of the Man and the Biosphere Programme, the Yungas Biosphere Reserve is located in the northwest of Argentina, in the provinces of Jujuy and Salta. It occupies an area of 1.35 million hectares, almost all of it in Yungas (subtropical mountain forests), between 300 m and 5000 m altitude, being one of the largest in Argentina. 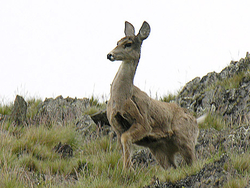 The Yungas represent one of the most biodiverse natural systems in Argentina, home to nearly 50% of the country's biodiversity. Its great ecological value lies in its high representativeness of species at a national level and in its high number of endemisms. Eighty-nine species of mammals have been recorded, including those already mentioned such as the jaguar (Panthera onca), tapir (Tapirus terrestris), Andean deer (Hippocamelus antisensis), ocelot (Leopardus pardalis), giant otter (Lontra longicaudis), collared peccary (Tayassu pecari), and marmoset (Cebus apella), among others. Some mammals are exclusive to the Yungas, such as the snout bat (Anoura caudifer), the red squirrel (Sciurus ignitus), the white-boned coendou (Coendou prehensilis) and the black-boned coendou (C. bicolor). 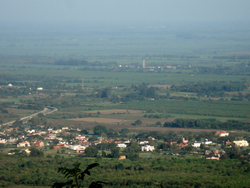 The flat areas, with less than 5% slope, located towards the east of the reserve, have had strong transformation pressure for almost a century. Agricultural production development has intensified around the Yungas Biosphere Reserve, mostly related to soybean, sugarcane and citrus production. At a regional level it can be said that currently the level of fragmentation between the Chaco forests and the piedmont forests of the Yungas of Northwest Argentina has reached almost its maximum due to the accelerated and unplanned advance of the agricultural frontier

The Yungas have an important potential for the development of sustainable tourism. Alternative tourism in this region is in incipient development and the product "mountain forests" is not yet part of the proposal that reaches the national consumption centers (especially in big cities like Buenos Aires, Rosario and Cordoba). The channels of its commercialization and quality control of services are being evaluated and developed. At the moment, it is mainly focused on offering the alternative of getting to know the nature and culture of the region.

The ProYungas Foundation is developing a Producto Yungas brand, promoting the exchange of knowledge and techniques between different groups of producers, artisans and weavers in the Yungas Biosphere Reserve, through meetings and training. The community beneficiaries of the program are the communities of the Department of Valle Grande (Jujuy) and the communities included in the Municipality of Los Toldos (Salta). In each community, between 100 and 120 people are trained in technical issues related to the artisanal production of sweets and honey from the Yungas, traditional crafts, community-based tourism, business management and micro-credit management. These people in turn, with their work, impact the entire community, generating income for their families.