The Yasuní Biosphere Reserve is located in the Amazon region in the province of Napo, located in the north of Ecuador. The dominant ecosystem is the Humid Tropical Rainforest which forms part of the upper Amazon basin. The Yasuni Biosphere Reserve is one of the areas with the greatest biodiversity per square metre on the planet. 99.73% of the biosphere reserve consists of original natural vegetation. 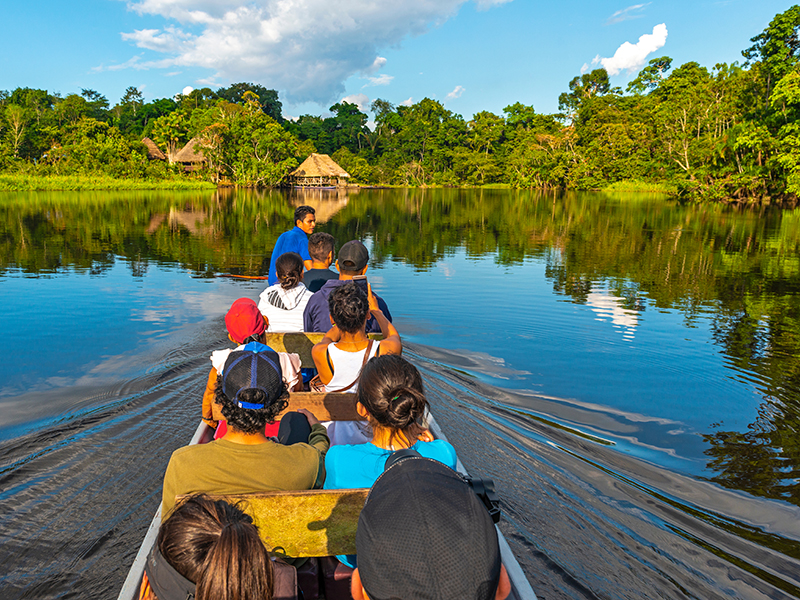 Regarding plant formations, the most diverse family of dicotyledonous Fabaceae has been identified, including species such as balsam (Myroxylon balsamum), mahogany (Platymiscium stipulare) and guabas (Inga sp.) among others. These are joined by the Annonaceae family, with canopy and sub-canopy species grouped under the genera Crematosperma, Guatteria, Porcelia and Rollinia.

The most abundant and diverse monocots are anthuriums, palms, orchids and ferns. Primary forests are home to diverse species of epiphytes, climbers, lianas, mosses, lichens and fungi that constitute a gene bank of potential value, but remain little known.

The mastofauna is represented by 204 species (11 orders and 31 families). 80% of the species are nocturnal, and consist solely of large mammals. Bats are the most abundant species with a variety of habitats, including the primitive insectivores Myotis sp. and the common vampire bat (Desmodus rotundus), which feeds on blood.

The Yasuni Biosphere Reserve is one of the most diverse ornithological sites in the world, with 610 registered species. Guans, macaws and toucans are common within the forest, as well as paujiles (Crax sp., Mitu sp.), Trumpeters (Psophia crepitans), tinamús (Crypturellus sp., Nothoprocta sp.), Swifts of morete (Reinardasquamata), hermits (Phaethornis sp., Amazilia sp.), nictibios (Nyctibius sp.), jacanas (Jacanajacana), kingfishers (Megaceryle sp.), motmots (Momotus sp.) and earwigs (Elanoidesforficatus). The harpy eagle (Harpia harpyja), which also inhabits the area, is the largest bird of prey in America and the second largest in the world. Many registered bird species are considered rare, fragile or vulnerable.

Eight species fall into some category of threat according to the IUCN. 139 species of amphibians and 121 reptiles have been recorded. The most abundant amphibians are arboreal frogs (Dendropsophus sp., Hypsiboas sp. Osteocephalus sp., Scinax sp.). 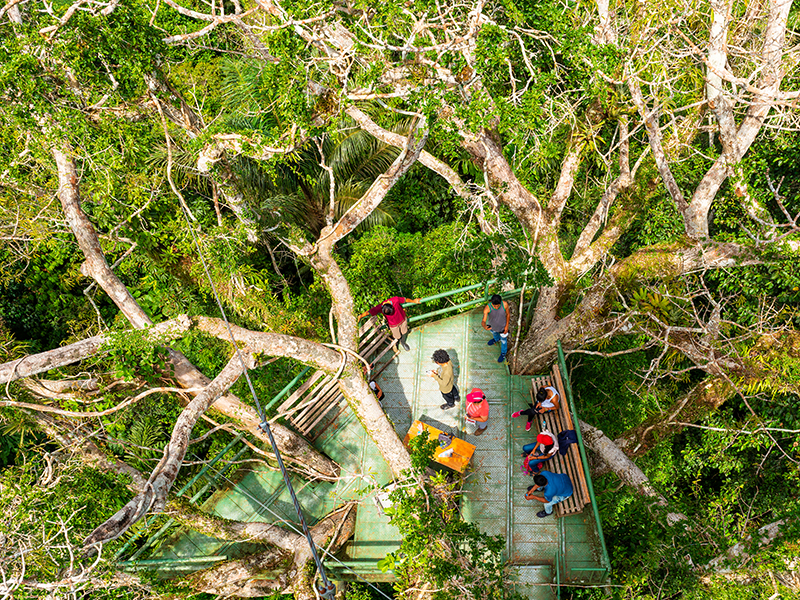 The population amounts to about 19,900 inhabitants (2010), with between 200 and 300 people estimated to be living in voluntary isolation.

The main ethnic groups are the Waorani, Kichwa and Shuar, as well as settlers. Coffee production is of great importance in this area, followed by corn, plantain, cocoa, rice, as well as banana and cassava over a much smaller cultivated area.

Coffee and cocoa are destined for agro-industry and export, while corn and rice are destined for self-consumption. The population also works in the tourism sector, mainly as tourist guides and tour operators. 18.3% of the country’s proven oil reserves are extracted from the Ishpingo Tambococha-Tiputini (ITT) oil field within Yasuni National Park. Oil exploitation is monitored by the State in order to minimize the impacts that it may generate.