El Triunfo is situated in the mountains of Sierra Madre de Chiapas, south of the Chiapas State. The terrain is generally steep and mountainous. The reserve is constituted as the limit between two of the largest hydrological regions of the state; the Pacific coast and the Grijalva-Usumacinta River. As a primary Pleistocene refuge, its location in the mountains of the Sierra Madre de Chiapas, it is considered an endemic area for different groups of plants and animals.

El Triunfo is the most diverse evergreen cloud forest in Mexico, and one of the most important sites for bird migration. It is covered with evergreen seasonal forest, montane rainforest and lower montane rainforest that contain a higher proportion of endemic plants. A number of threatened mammalian species can be found in the reserve, namely Geoffroy’s spider monkey, margay, jaguar and puma. 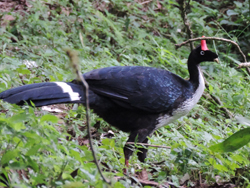 The El Triunfo Biosphere Reserve protects 10 of the 19 types of vegetation reported for the State of Chiapas. Among them are two of the most endangered ecosystems in Mexico, the cloud forest and the rainforest.

El Triunfo’s cloud forest is reported to be one of the most extensive remnants in the country and contains the greatest diversity of tree species in North and Central America. The Sierra Madre de Chiapas where El Triunfo is located is one of the regions in the country that receives the most rainfall.

The dense forest cover acts like a sponge, absorbing moisture from the rain and dense mist, thus making a high contribution to the rivers irrigating the coastal plain of the Pacific and the State’s Central Depression. Knowledge of the flora in the BR is still fairly incomplete but 977 species have been reported. 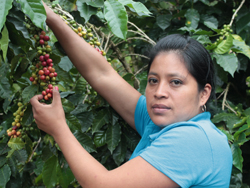 Most of the local population make a living out of primary activities, like agriculture (corn, beans and coffee) and cattle. However, coffee in the buffer zone is the economic base of the region. Although there is an impact from this activity, since 1990 varies projects aimed at introducing best environmental practices to coffee production have been carried out. Lately, the Biosphere Reserve is fostering the production of organic coffee with practices to conserve the soil, whilst recovering cultural values.

Since 2000, a new strategy to boost community participation has resulted in the creation of community development programs. They focus mostly on creating alternative income sources for the local population.

While tourism is not very developed in the Biosphere Reserve, birdwatching and coffee-related tours are now offered.