One of the truly wild places in Guatemala is the east-western mountain range that runs through the country’s southeast highlands. The mountains encompass part of the Baja Verapaz and Izabal departments at the eastern part of Guatemala City. Protection of the area is particularly important because it contains an estimated 60 percent of Guatemala’s remaining cloud forest. 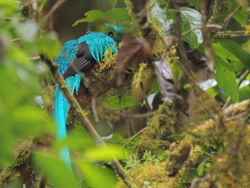 Due to the topography and diversity of plant associations in the Sierra de las Minas Biosphere Reserve, there are places with scenic beauty such as El Salto de Chilascó, which is one of the highest waterfalls in Central America, with a height of over 130 meters, located in the community of Santa Cruz, Chilascó, Salamá, Baja Verapaz. Another site of great beauty and one of the most visited in the Reserve is the Angel Stone, located in the community of Los Albores, which is surrounded by cloud forest and is at an altitude of 2,400 meters. In this site, you can see wildlife such as the quetzal, horned turkey and other large mammals, in addition to being a unique landscape show.

The biopshere reserve is also home to at least 885 species of birds, mammals, amphibians and reptiles. More than 17 distinct species of evergreen forest are endemic to the area. The area is considered as an irreplaceable seed resource for reforestation and agroforestry throughout the tropics. 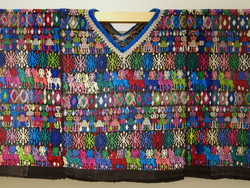 Although human intervention is critical to the range’s long-term protection, a great deal of the range’s habitats have been protected from agriculture by its distinctive natural features: steep hillsides, shallow soils, and changeable weather. Because the heart of the mountains is composed of jade and marble, mining has been carried out here for centuries (thus the name, which means mountain range of the mines).

The change in land use to enable new areas for cultivation is a threat classified as High, affecting mainly the warm tropical forest and the coniferous and mixed forest of the southern slope. Among the most common subsistence crops in the Sierra are corn, beans, chili, bananas, sugarcane, citrus, pumpkins and herbs.

The most direct pressure comes from the use of grave techniques and burning of the forest. The accelerated population growth, the conditions of marginality, lack of security of land tenure and lack of social and economic development opportunities for communities farmers are decisive in the use of the agricultural system in conditions unsuitable for agricultural use.