Greater Sao Paulo comprises 39 municipalities over an 805,300 ha area, with a population of 16 million inhabitants. This is 10% of the Brazilian population within one thousandth of the country’s territory. In this context, Sao Paulo Green Belt provides innumerous environmental services to the region, securing safe water sources, stabilizing the climate and filtering the polluted air. 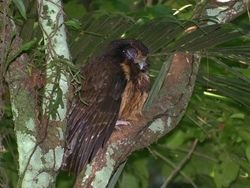 Mostly covered with dense ombrophilous forests, the area is home to various species of the Brazilian Atlantic Rain Forest, which is a biodiversity hotspot. Currently, local authorities are mapping natural ecologic corridors to allow for the circulation of these species, like the black howler (Alouatta caraya) and cougars (Puma concolor).

Various birds can also be found in the area, such as the tawny-browed owl (Pulsatrix koeniswaldiana). 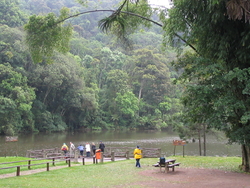 The Metropolitan Region of São Paulo comprises 39 municipalities and occupies an area of 805,300 hectares with a population of over 16 million inhabitants. Therefore, it presents a demographic concentration above 2,000 hab/km2. Thus, this region concentrates more than 10% of the Brazilian population in less than 1 thousandth of the national territory.

It is located in one of the most economically dynamic areas of Brazil, particularly in the industrial sector. The area is used as a green getaway by many of its inhabitants. Also, small farms in the buffer zones and fishing activities in the marine areas are responsible for the production of a great deal of the food consumed in the city.