Sitting on the banks of Río de la Plata in the northeastern part of the Buenos Aires Province in Argentina, the Pereyra Iraola Biosphere Reserve is located between the municipalities of La Plata and Berazategui. As the last protected area of the original riverside ecosystem, it is home to the Province’s biggest biological diversity, including endangered bird species, such as the burrito colorado, (Laterallus Leucopyrrhus). Furthermore, the area is also known for its medicinal plants and underground aquifers.

The Reserve is the biggest public space of Greater Buenos Aires, which makes it a nearby leisure site for more than 13 million people, featuring mostly hiking, cycling and bird-watching activities. On the other hand, family farming provides a living for the roughly 2,500 people that live in the Reserve. 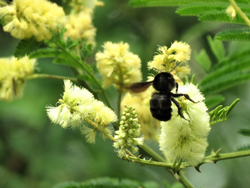 The Pereyra Iraola Biosphere Reserve is located in the heart of one of Latin America’s biggest urban areas: Greater Buenos Aires. It is one of the last remains of the original riverside ecosystem, which, in other areas, have been either destroyed or completely modified by heavy urbanization.

It is the home to hundreds of species that are unique to the region, particularly in terms of birds. Almost 70% of all avifauna existing in the Province can be found in the Reserve, with 288 species, including the endangered burrito colorado. 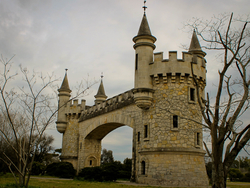 The reserve is located among various municipalities of the Greater Buenos Aires, like La Plata –the provincial capital-, Florencio Varela and Berazategui, with a population of more than 13 million inhabitants. Besides being a leisure area for the nearby population, it has a big potential for tourism, due to its historical constructions and archeological sites. On the other hand, the Reserve is located in Argentina’s biggest vegetable production area. Within the Reserve limits, over 200 families make a living of family farming and beekeeping.