The Pantanal Biosphere Reserve comprises the States of Mato Grosso, Matto Grosso do Sul and a small portion of Goiás State. It covers the headwaters of the rivers that make up the Pantanal, one of the world’s most extensive wetland complexes, internationally known for its large bird, mammal, reptile, fish, insect and amphibian populations. 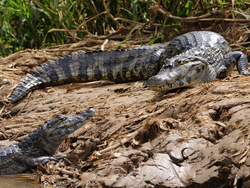 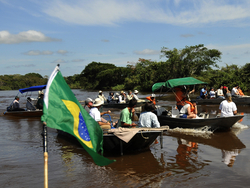 There is a strong link between traditional rural human populations and the environment. More than 2,800,000 inhabitants (2001) live in the biosphere reserve. Extensive cattle grazing has been practized widely over most of the lowlands and has been the major economic activity since European colonization began. Ecotourism and recreational fishing are examples of sustainable natural resource use activities that has been strengthened since the biosphere reserve designation.