The Natural Protected Area belongs to the Physiographic Province of Eje Volcánico Transversal, that indicates the extreme South of the Mexican Altiplain and separates it from the Balsas depression. It is a discontinuous mountain system, deeply dissected by strong tectonic processes, composed by a group of mountain ranges and hills that take up 77% of the total surface, grouped in the South-Center portion and separated by small intermountain valleys 12% and plains 6%.

It is composed by 5 types of vegetation: sacred fir forests, characterized by the predominance of Abies religiosa and constitutes the characteristic habitat of the Monarch Butterfly, pine-fir forests, pine forests, oak forests and cedar forests. 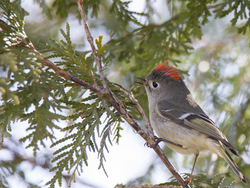 The Biosphere Reserve is located in a region where conservation of the natural heritage is a challenge because of its unique physical, geomorphological, climatic, hydrological and biogeographic features, but more especially because it is here that every year millions of Monarch butterflies (Danaus plexippus) complete their migratory cycle, migrating from Canada and the United States.

The mountains in the region are mainly covered by Oak forests up to 2900 m, Pine and Oak and Pine forests between 1500 and 3000 m, and Sacred Fir Abies religiosa, at an altitude of between 2400 and 3600 m above sea level. Other less represented associations are the Cedar and Juniper forests and the grasslands.

It is an important catchment area for rainfall, feeding numerous water bodies in the States of Michoacán and Mexico. It is also the habitat of various endemic species from the centre of the country and particular mention may be made of Pinus martinezii, Ambystoma ordi-narium and Regulus calendula.

As it is a transition zone between the Nearctic and Neotropical regions, attached to the Southern Sierras Province of the Mesoamerican Mountain Region, it hosts an enormous biodiversity due to the convergence of flora and fauna from both biogeographical regions. Partial studies have reported 198 species of vertebrates, 493 species of vascular plants and some 100 species of fungi. 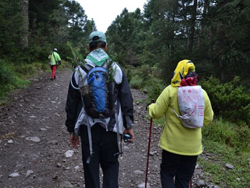 The Mariposa Monarca Biosphere Reserve receives a substantial amount of tourists, especially due to its famous butterflies and spectacular nature. However, its historical and cultural heritage also play an important part in the tourism industry. Authorities have put forward various initiatives to make sure tourism activities are carried out in the framework of sustainable development.

In terms of agriculture, corn production is the most important activity in the sector, be it for exports or for local consumption. Other crops, like oat, guava, potato, papaya and strawberry follow suit. In the past few years, the production of avocado has been fostered in the Biosphere Reserve’s transition zone, with a very positive impact for the economy, but still uncertain environmental impacts.

Cattle and sheep herding as well as forestry are widespread, but very limited and mostly for subsistence of the local population.