Mapimí is located in the Durango State in northern Mexico between the Neotropical and neartic biogeographical region, in the ‘Bolson de Mapimí’ 1,150 meters above the sea level. It contains three core areas in the ‘Sierra de la Campana’, the ‘laguna de las Palomas’, a salted lagoon, and a desert habitat called ‘Dunas de la Soledad’. It comprises fragile warm desert and semi-desert ecosystems (particularly Chihuahuan desert), and the rich, highly adapted but vulnerable plants, mainly xerophytic matorral, and animal species as the puma (Puma concolor), venado bura (Odocoileus hemionus), the grullas (Grus canadensis) and the ‘zorrita del desierto’ 'Vulpes macrotis' along with scrubs and desert grasslands. 72,600 inhabitants (1997) live in the reserve, mainly engaged in extensive cattle raising, salt exploitation and in agriculture. 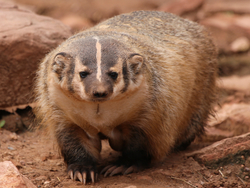 This Biosphere Reserve includes the desert ecosystems of the central part of the Chihuahua Desert, where there is a predomination of xerophyllus microphyllus scrubland and chaparral with various compositions forming mosaics of halophyte vegetation in the lower parts.

Biologically rich, it includes 403 plant species. Noteworthy are the 39 cactus species and 200 species of birds, 5 species of amphibians, 36 species of reptiles and 28 species of mammals. Endemic species identified are 9 for the Cactaceae family, one for the Cochlospermaceae family and one for the Fouqueriaceae family. Particularly charismatic are the Bolson Tortoise (Gopherus flavomarginatus), the Kit Fox (Vulpes macrotis), the Mexican Fringe-toed Lizard (Uma paraphigas), the Mule Deer (Odocoileus hemionus), the American Badger (Taxidea taxus), the Puma (Puma concolor); and birds such as the Golden Eagle (Aquila crhysaetos). 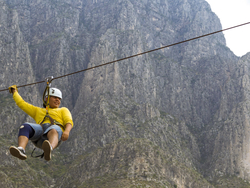 The Biosphere Reserve has a population of around 45,000 people, most of which make a living out of agriculture, saltmining and animal husbandry.

Ecotourism still do not represent a big share of the economy, despite some recent improvements in infrastructure and capacity-building. In 2006, for instance, a welcome center has been built and several training programs took place since then.