The Protected Area includes a portion of the Sierra Madre Oriental in its north extreme, whose height, configuration and geographical interconnections allow the presence of a great variety of plants and animals, representative of the Chihuahuense Desert and Sierra Madre Oriental itself, especially communities typical of mesophyllic forests in the area, survivors of the geological times in which this part of the country was cooler and more humid, approximately 10,000 years ago. In the core zone there is no population; In the buffer zone, the estimated population is 60 people.

Municipalities of Ocampo, Acuña and Múzquiz, State of Coahuila 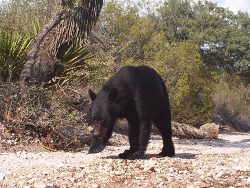 From the physiographic standpoint, the Sierra del Carmen is an island as it consists of a very high mountain massif standing in the middle of desert plains. It is located in the convergence point of three physiographic regions: in the West the Chihuahua Desert, in the Southeast the Tamaulipas thorny scrubland and the central region of Coahuila plains.

This situation leads to a variety of natural environments in a relatively small space, ranging from riparian ecosystems at 500 m above sea level, to the Chihuahua desert plains and typical thorny scrubland of Tamaulipas rosette vegetation, grasslands, Oak and Juniper Chaparral at 1500 m above sea level and Oak, Pine, Pseudotsuga and Abies forests above 2000 m above sea level.

It is a refuge for migratory species of Neotropical and Nearctic birds and birds of prey. It harbours the Golden Eagle, the Peregrine Hawk, the Black Bear, the White-tailed Deer and the Mule Deer and small endemic and relict mammals such as the Gray Shrew, moles, opossums, armadillos, squirrels, castors, the North American Porcupine and the Kit Fox, among many others. On the chalkstone hills healthy populations of Candelilla Eophorbia antisyphilitica can be found. 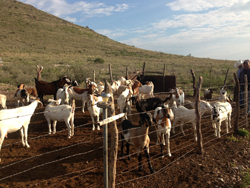 Animal husbandry is one of the most important economic sectors in the region, as well as tapping of non-woody resources and farming for domestic consumption.

Traditionally, tourism was not a substantial activity. However, after the borders with the Big Ben National Park in Texas (US) were reopened, it has grown steadily. Several initiatives are in place to promote sustainable tourism in the region, including the training of tour guides and improvements in the infrastructure, among others.