Montebello is located between the physiographic region of the High Plain of Chiapas and the Gulf Coastal Plain, which is part of the physiographic province of Sierras de Chiapas and Guatemala. This region corresponds to the floristic regions of Miranda, called central massif and plains and slopes of the north of the central massif. Its physiography includes from small drains to great trenches. There are also big caves and cavities of varied shapes and dimensions. The average height of the area is 1,500 masl (meters above sea level) (INEGI, 1982). 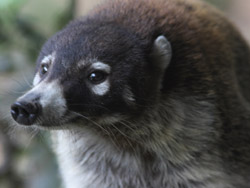 The summer are very rainy, the average annual precipitation is 1862 mm for year. The principal ecosystems represented in the park are coniferous forest, cloud forest, aquatic and sub aquatic vegetation. Montebello forms part of a high priority to conservation hydrological basin. Constitute a wetland with 59 lakes with different colors.

Also, as important terrestrial priority region, represent an important biological mesoamerican corridor and habitat to several migratory and resident species that include at least 277 species of birds, 65 species of mammals, 35 species of reptiles. Vegetation is represented mainly by 208 species of trees, 50 species of orchids and an important number, epiphytic and ferns. 106 species are recognized as endangered and 27 as endemic.

Surrounding the Park, there are numerous communities that maintain some ancestral traditions that make an interesting cultural region, such as Chujs, the principal ethnic group in the region. Because its scenic beauty Montebello receives annually around 200,000 national and foreign tourists.