Located in the Valdivian Forest/Chilean Nothofagus biogeographical region, Laguna San Rafael is an area of very varied topography and great scenic beauty. It includes the Continental Patagonian Range with rivers and lakes, the Insular Patagonian Range, the Central Plain and the Patagonian Glaciers. 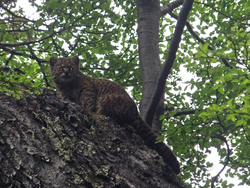 As most of the Reserve is coastal, its relevant characteristics are its many estuaries, mudflats, and coastal and beach lands, in addition to a large area of other wetlands, such as peatbogs, swamps, lakes, lagoons and rivers.

The whole of the North Patagonia Ice Fields is included, covering over 400,000 ha with numerous glacier break-offs, with the well-known San Rafael, the main tourist attraction of the XI Aysen Region and one of the most outstanding glaciers in the country. 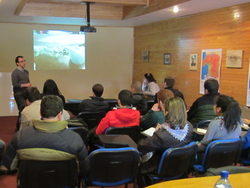 The area's main activity is tourism. As an archipelago with no roads reaching it, it welcomes some 20,000 tourists annually on large boats. New modalities of touristic products have been developed, such as glacier hiking.

The aquaculture of salmonids has been growing steadily since the late 1990s, particularly in the northern areas of the biosphere reserve. Low impact agriculture and fishing is also present, while forestry has declined in the past few years due to the lower levels of income generated.