Laguna Madre is located in a coastal plain of the Gulf of Mexico, set 120 km west of Cd. Victoria, the state capital. Its main access is through the federal highway 180. Its estimated population is 499,784 inhabitants. It is located within the Neartic Region inside the province of the Northeastern coast, in which there are 144 species of resident birds, four of which (2.7%) are endemic in Mexico, one more has a distribution restricted to Mexico and neighboring areas (quasi-endemic) and no species restricted to the province. 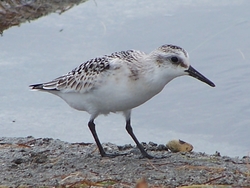 Together with the one in Texas, in the United States, this is the largest hyper-saline coastal wetland in North America and one of seven in the whole world. It harbours a wealth and diversity of species and ecosystems, due to the fact that the lagoon is located between two biogeographical regions, the Nearctic and the Neotropical regions, with the influence of the Carolinian and the Caribbean marine provinces giving rise to various types of soil, climate and rainfall regimes and relative humidity.

This region is the northern limit for the distribution throughout the Gulf of Mexico of tropical vegetation, such as mangroves, lowland and midland forests. Added to this is a type of terrestrial vegetation unique to northeast Mexico: the Tamaulipas Scrubland. The area serves as a natural corridor for migratory aquatic birds as the region is located along the Gulf migratory route, the most important one in the continent for birds of prey. It is considered to be the best conserved habitat, operating as a biological corridor in the Gulf of Mexico for species such as: the Jaguar, Ocelot, Oncillo, Puma and Lynx.

It is a basic location for survival, mating, breeding, or simply resting for 450 species of birds. Thirtysix percent of the world population of the Redhead duck and the largest winter population of migratory waterfowl arriving in Mexico (15%) converge in this Reserve. 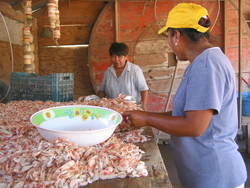