La Sepultura Biosphere Reserve consist of a range of different types of ecosystems and natural habitats that represent major biogeographic regions, coupled with traditional forms of local ownership of the land that determine different uses for management and conservation of the site.

The main ecological system in the area, due to its extension and biodiversity, is the lowland deciduous or dry tropical forest which is distributed in the lower parts of both strands of the Sierra. 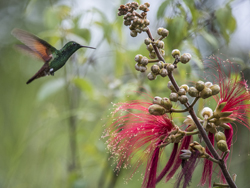 It harbours over 90 species of migratory birds, six species of palms of world economic importance and four species of cicadas and various species of orchids. Worth noting are the following tree species: Ulmus mexicana, Manilkara zapota, Triplaris melaenodendron, Cedrela odorata, Liquidambar styraciflua, Haematoxylon brasiletto and Croton guatemalensis; five species of felines: the Oncilla, the Jaguarundi, the Ocelot, the Jaguar, the Puma and also the Spider monkey, Tapir, Brocket deer, the Tamandua Anteater; birds such as the Gray Hawk, Swainson’s Hawk, the Solitary Eagle, the King Vulture, the Peregrine Falcon and various species of psitacids: the White-fronted Parrot and the Yellow-naped Parrot and also reptiles such as the Boa, the Rattlesnake, the Coral Snake, the Green Iguana and the Black Iguana. 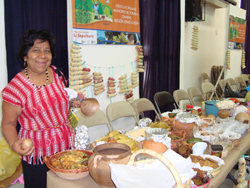 The main activities in the Biosphere Reserve are animal husbandry, agriculture (maize and beans), coffee growing and forest timber management.

In the past decade, the Biosphere Reserve has fostered the tapping of non-timber resources, such as pine resin and Xate palm leaves (Chamaedora spp), which has resulted in income increases in several communities. There are also initiatives to promote ecotourism, which is not yet fully developed despite its potential.