Located in the east of the country the Itaipu biosphere reserve covers a surface area of over a million hectares. It comprises an area of semi-deciduous sub-tropical forest also known as the Upper Paraná Atlantic Forest. It is one of the most important ecosystems for the conservation of biological diversity on a global scale, because of the large number of endemic species, richness of species and original cover. It is home to large predators such as harpies, jaguars, pumas and large herbivores such as tapirs. There is a permanent population of over 450,000 inhabitants. 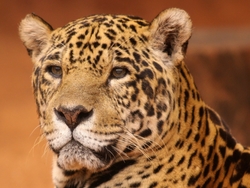 The biosphere reserve comprises an area of semi-deciduous subtropical forest, also known as the Upper Paraná Atlantic Forest. This forest forms part of the Global 200 list of ecoregions identified by the World Wildlife Fund (WWF), the global conservation organization, as priorities for conservation.

The Atlantic Forest is one of the most important ecosystems for the conservation of biological diversity on a global scale, due to its high endemic species, richness of species and the original cover, which is scarce following the accelerated destruction of the habitat for agricultural purposes. The Upper Parana Atlantic Forest is home to vertebrates including large predators such as harpies (Arpyha arpyja), crested eagles, jaguars (Felis concolor), pumas (Pantera onca), and large herbivores such as tapirs (Hydrochaeris hydrocheris), species of deer (Mazama sp) and two species of peccaries (Tayasu sp.). 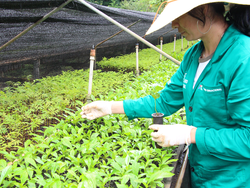 The permanent population amounts to over 450,000 people and may double during high season. It consists of indigenous communities, and Paraguayan and ‘brasiguayos’ settlers (Paraguayan descendants of Brazilians who immigrated in the last decades of the twentieth century).

This mixture of different cultures sharing the same territory has created an interesting environment for the management of conservation works and sustainable development, due to the diverse forms of productive activity, architecture, customs and gastronomy, among others. These cultures also speak a variety of languages including Castellano, Guaraní and Portuguese), as well as a particular mixture of Guaraní and Castellano known as ‘Jopara’ (pronounced yopará) (sometimes associated with Portuguese in this border area).