The Espinhaço Mountain Range represents the largest and most continuous Precambrian orogenic belt of Brazil's territory, serving as a water divider between the São Francisco River basin and the river basins that drain directly into the Atlantic Ocean. It extends in the North-South direction, over a length of approximately 1,200 km, from the Belo Horizonte Region to the northern border of Bahia with the states of Pernambuco and Piauí, its width varying from a few kilometers to over 100 km. Along the 1,000 kilometers of the cordillera, alternating elevations with peaks reaching up to 2,017 meters allow for an enormous diversity of climate and rainfall conditions. 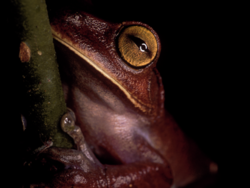 At the higher elevations (over 500 m) of the Espinhaço Range, a unique phytophysionomy in the world - the “rupestrian fields”- dominate. This type of vegetation is predominantly composed of a more or less continuous herbaceous stratum and small, sclerophyllous evergreen bushes. Although only a small number of areas have been intensely inventoried, it is estimated that there are approximately plant 3000 species. 30% of the taxa are estimated to be exclusive to the rupestrian fields, which would represent approximately 1000 to 2000 endemic species. A high level of endemism is also observed in the fauna: endemic birds, mammals, amphibians, reptiles, and fishes have been recorded.

The extent of the Biosphere Reserve (over three million hectares) and its biological, geomorphological and historical importance justify the implementation of measures aimed at the preservation of this mountain complex. There are 16 protected areas (National Parks, State Parks, State Ecological Stations and Municipal Natural Parks), which form the core areas. In addition to natural values, there are cultural assets such as the colonial towns of Ouro Preto, Congonhas, and Diamantina that are UNESCO World Cultural Heritage sites, as well as artistic and religious manifestations that are still kept alive along the entire length of the cordillera.

The population of the Biosphere Reserve totals 642,735 (2000) and include the indigenous group of Pataxó, several quilombola (runaway slave) communities, religious groups or existentialist sects, as well as the people living in 'gold towns' that were built by bandeiras (groups of explorers looking for gold in the 18th century) - initially as mining centers, ranches and register posts - that developed into commercial centres and later on cities and districts.