The Tuparro Biosphere Reserve and National Park is located in the eastern plains of Colombia in Vichada county, a flat area bounded by the Orinoco River to the east, the Tomo River to the north and the Tuparro and Tuparrito to the south. The area undulates with a series of small valleys and major rivers and streams. A few areas are permanently flooded during parts of the year. 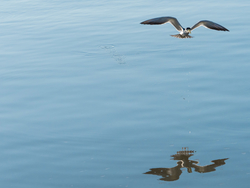 Some 85% of the area is covered with natural grass savanna, dominated by plume grass. Woodlands are found along the watercourses, with different tree species. Especially notable is the ’Morichales‘ formation and the ’mirity areas‘. Mammals of the savanna include white-tailed deer, giant armadillo, small savanna armadillo, tapir and dog fox. Peccaries, pumas, jaguars and different species of monkeys inhabit the woodlands. Noteworthy birds include guans, curassows, screamers, eagles and ducks. Giant otters as capybaras, Orinoco crocodile, caiman and turtles are found along the shores of the rivers, which abound with fish including piranha and electric eel. 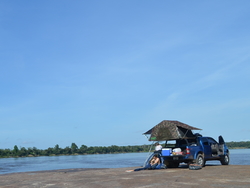 The biosphere reserve’s most evident characteristic is its diversity in terms of local populations and indigenous communities. Participatory mechanisms are in place, but vary depending on the ethnic groups. Income and benefits to local communities are assured through the direct utilization of the resources. In the transition area, surrounding the Selva of Mataven, named ’the Forest Heart‘ there are 10,000 inhabitants (Sikuanis, piapocos, puinaves, piaroas, curripacos and cubeos) in 16 Indian reserves (2000). A semi nomadic group of Indians, the Guahibos, still live in the reserve. There is a small biological research station and the reserve also contains an administrative center and two landing strips.