The Cuatrocienagas Biosphere Reserve consists of a small valley locally known as ‘bolson’, an arid bit in mountainous areas where rainwater does not find its way to the sea on the surface. These wetlands are home to over 800 flora species and about 360 fauna species, some of which are critically vulnerable or endangered.

Its gypsum dune sites have one of the highest levels of endemism in the world. Among them, the ‘pozos’ awes visitors with its beautiful shades of blue. 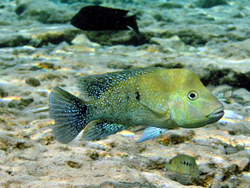 The Cuatrociénegas Biosphere Reserve is an arid zone, with around 500 water bodies of varied shapes and shades of blue, surrounded by mountains where unique species of this region have developed. Since the creation of the Biosphere Reserve, several projects have promoted the conservation of wetlands, habitats and soil conservation, among others.

In its water bodies, known as pozas, there are 33 endemic species and stromatolites, and the color of the water varies from deep blue to turquoise. Moreover, the site hosts important resources such as gypsum outcrops, which forms the second largest dune field in the Americas and provides habitat for various endemic species.

The area is recognized by the World Wildlife Fund (WWF) due to its biodiversity. 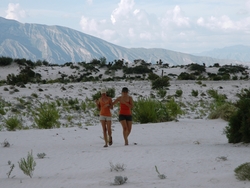 In the past few years, the unique landscape of the area has also attracted a number of Mexican and foreign researchers, with particular interest to aquatic and subaquatic environments, which represents a new form of tourism.