This biosphere reserve is located in the central highlands, about 60 km north-west to the city of San José. The Cordillera Volcánica Central reserve is one of the richest in both natural resources and cultural heritage. On its long axis there are several volcanic cones with their still well formed craters. 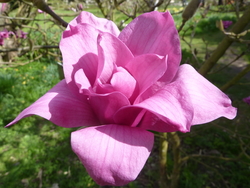 The Cordillera Volcanica Central Biosphere Reserve comprises four National Parks, such as the Poás and Irazú Volcano each rising over 3,000 meters above sea level, and both still active. It also encompasses two forest reserves, six protected zones and a national monument. Significant variation in its physical characteristics has fostered a very rich biological diversity evidenced by life zones ranging from wet and rain tropical forests to semi-paramos. Currently, only small patches of vegetation remain in the volcanic peak zone, generally in the riverbeds. Here it is possible to distinguish several oak species, and other trees such as (Escallonaceae), Dogwood (Cornaceae) and Magnolia (Magnoliaceae). The topography is very steep and broken with a great altitudinal range with many streams, waterfalls and several lakes. Premontane rainforest, tropical humid forest, lower montane rainforest and montane rainforest are the reserve’s major land cover types. 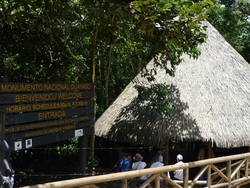 Over 300,000 inhabitants live on land reform settlements surrounding La Selva Biological Station, engaged mainly in agriculture (coffee, cardamom, beans, manioc, maize, and black pepper) and animal husbandry. Management and economic strategies are intended for the protected area, such as forestry activities with emphasis in forest resource management and agro-forestry systems. A number of studies have been carried out, particularly in volcanology and geomorphology, with some work on flora and fauna.