The Central Amazon Biosphere Reserve is located in a vast region influenced by the Negro and Solimões rivers tributaries of the Amazon River, and in the Amazon Plains-Guyana Shield transition area. It is representative of the largest forest in the world and is made up of vast protected areas as well as smaller units that are important as ecological corridors for maintaining the genetic flow of species between these different units. 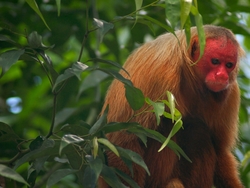 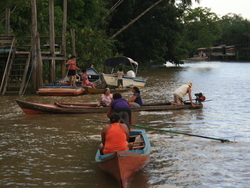 The Central Amazon Biosphere Reserve includes several regions with low population density where traditional forms of natural resource use are developed (mainly extraction and traditional agriculture). Over 100,000 inhabitants (2001) live in the Biosphere Reserve, presenting a rich cultural diversity (small north-eastern farmers who are in the region for a long time indigenous people, and fishermen). The city of Manaus is the greatest industrial centre of the Amazon region, and is becoming an important tourist region.