This Biosphere Reserve includes the Campana National Park and the Lago Peñuelas National Reserve. The relief is gently undulating with some small hills and several gullies. The highest peaks are ‘El Roble’ (2,222 metres above sea level), and ‘La Campana’ (1,920 metres). The major vegetation type is scrubland with Looser (Cryptocarya alba) a species of the family Lauraceae, boldea fragran (Peumus boldus), and winter's bark (Drimys winteri). 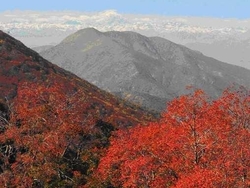 There is also a body of water with a surface area covering 1,600 in good years, forming an important wetland for migratory birds and occasional resident ones, where 125 species of aquatic, riparian and terrestrial birds have been recorded. 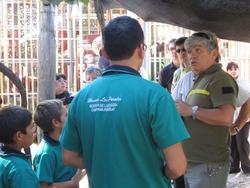 The population that lives in the region amounts to 990,641 people, mostly urban. However,  populations close to to the core areas of the La Campana - Peñuelas Biosphere Reserve, mainly in the case of the La Campana National Park and the Cerro El Roble Nature Sanctuary, have a more rural condition than the surrounding municipalities.

New restrictions for construction in neighboring regions, such as Valparaiso and Viña del Mar, has favored a population increase in the Biosphere Reserve.

Most activities are related to agriculture and tourism. In the past few years, the Biosphere Reserve has boosted a campaign to promote ecotourism, particularly related to the vineyards and avocado farmlands.