Harboring four emblematic Peruvian ecosystems with various species of high bio-ecological value and strong levels of endemism, Bosques de Neblina-Selva Central is located in a transition area between the Andes and the Amazon forest. This contrast, seen for instance in the altitude that ranges from 440 up to 5100 metres above the sea level, is reflected in its amazing biological and cultural diversity. The area is paramount for the protection of important headwaters. 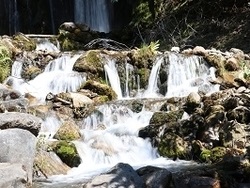 While less than 10% of the region’s biodiversity has been catalogued, Bosques de Neblina-Selva Central hosts various endemic, endangered species such as the Andean bear (Tremarctos ornatus) and the Andean cock-of-the-rock (Rupicola peruvianus). The site shares its northern border with the Oxapampa-Ashaninka-Yanesha Biosphere Reserve, designated in 2010, ensuring a corridor o conservation in the entire region. 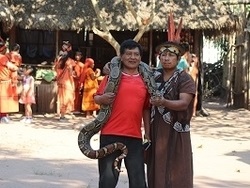 Bosques de Neblina-Selva Central is home diverse population groups including Quechuans and Ashaninkas. Agriculture, forestry and fishing are important sources of income, as they are favoured by the great diversity of landscapes and a strategic location between Peru’s capital and other Amazon towns. The location also makes the area one of the country’s main tourist destinations, with both cultural and nature-based attractions, including hiking, trekking, bird-watching, among others.