The approximately 300,000 ha area of the Bosque Mbaracayú Biosphere Reserve is located in the higher basin of the Jejui river, which is home to a complex ethnic and cultural mosaic. Its 30,000 inhabitants are made up by Paraguayan and Brazilian peasants, indigenous communities, as well as urban populations. 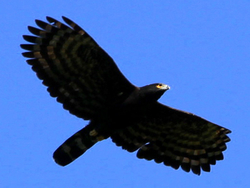 The 'Bosque Mbaracayú' Biosphere Reserve, is the first one designated in Paraguay. It corresponds to a hotspot of biodiversity comprise in the continental part of the Mata Atlántica’s biologic corridor. It is a tropical humid forest ecosystem type, which includes low altitude, medium altitude and inundated Atlantic semi-deciduous forests and savannas with palm trees, dry forests, tropical savannah and pasturelands.

The area is home to 89 mammal species, 19 of which are threatened, such as the jaguar (Panthera onca), puma (Puma concolor). 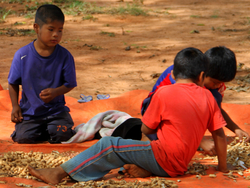 More than 16,000 people (2000), including indigenous and local peasants, live in the buffer zone, engaged in agriculture, hunting, logging and fishing, tourism and commerce activities. Only 6% of the population has access to potable water services. In the transition area more than 96,800 inhabitants live in urban and industrial areas and develop forest exploitation of native forest, regulated by the provincial authorities.

The management and administration of the biosphere reserve is undertaken by a private foundation. The GEF-World Bank project for Biodiversity conservation and sustainable use in Mbaracayú is being developed in the Biosphere Reserve since February 2003. Local populations have been involved in the biosphere reserve project from the start and they are also involved in interdisciplinary research projects on the conservation of natural areas and resources. Local awareness programmes have also been developed to promote management practices for sustainable use of natural resources such as agro-forestry, enrichment of degraded forests, establishment of subsistence cultivation, capacity building, etc.