The name of this Biosphere Reserve is based on the fact that Venezuela's most important headwaters and initial tributaries of the Orinoco River are located here. It is the main and most abundant body of water, on which most of the land use planning programs of the Bolivarian Republic of Venezuela are based. In this area, the hydrographic basins of the Orinoco River and the Amazon River are interconnected through the Casiquiare Branch, a hydrographic phenomenon of great scientific interest. 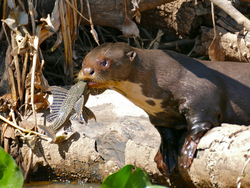 The Biosphere Reserve is one of the areas of tropical forest with less intensity of intervention. Despite the deficiencies in the baseline information about biology and ecology, a high level of biological diversity and endemism is evident. There are no less than 4,000 species of vascular plants with some 500 endemic species, which so far have not been fully inventoried.

The presence of Tonina (Inia geoffrensis); Giant Water Dog (Pteronura brasiliensis); Orinoco Caiman; Arrau Turtle (Podocnemis expansa) in danger of extinction, Danto (Tapirus terrestris) among others has been reported. However, the official lists are not systematized to date. 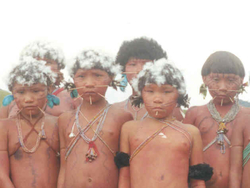 Most part of the population is Yanomami, whose territory extends to the border with Brazil. They occupy the land randomly, up until the resources in the area are finished or their population grows bigger than the resources are able to cater to. Other natives include the Yekuanas, generally dedicated to hunting and fishing, as well as growing roots and vegetables.

Non-indigenous populations are basically in La Esmeralda, the capital of the Alto Orinoco municipality.

Tourism is not allowed in the Biosphere Reserve.