The Virginia Coast Biosphere Reserve is one of the last coastal wildernesses on the East Coast of the United States of America and one of the most important migratory bird stop-over sites in North America. It manages and protects a 1,250-acre seaside farm called Brownsville Preserve and 45,000 acres of natural landscape that includes 14 barrier and marsh islands, multiple mainland holdings and a seascape that is being successfully restored with eelgrass, oysters and soon, bay scallops. 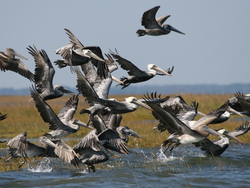 Wilderness barrier islands are one of the rarest of habitats on the eastern seaboard. Beach nesting birds, including piping plovers enjoy excellent rates of nesting success, among the highest on the east coast. Salt marshes, sea grass beds and oyster reefs are among the most diverse, productive and resilient marine habitats on earth and are thriving at the Virginia Coast Biosphere Reserve. 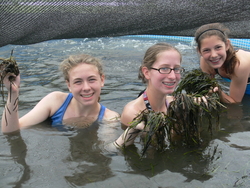 Farming of small grains, particularly corn, has greatly increased in economic value. This increase in farm income is not a result of increased agricultural land or any change in farming practices that threaten water quality. Slow but steady progress continues to be made with farmers adopting Best Management Practices, particularly field buffers that improve water quality. Clam and oyster aquaculture and low impact tourism are the fastest growing industries on Virginia’s Eastern Shore, both of which so far have proven to be compatible with Reserve buffer and core areas. The area, however, continues to have a shrinking population, poverty, low educational achievement, a poorly trained workforce and weak economic prospects, conditions that have existed for over a century.