Straddling the Arctic Circle, the Vindelälven-Juhttátahkka Biosphere Reserve includes large parts of the Vindelfjällen nature reserve, one of the largest in Europe. The northern part of the Biosphere Reserve is mountainous, forests cover its central part, while the south is a coastal area. The area is home to two distinct cultural communities, Swedish and Sami and their rich cultural traditions. Activities in Biosphere Reserve include mining, forestry, and reindeer husbandry, which enjoys official protection as a traditional activity of public interest. The Sami Parliament is officially responsible for ensuring that Sami interests are defended in spatial planning, while Samernas Riksförbund (SSR), the National Federation of Swedish Sami people, works more directly to support ‘samebys’ on planning issues. The Sami Parliament has, moreover, drawn up an action plan for Sami livelihoods and culture to deal with climate change. 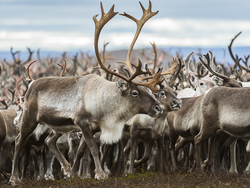 The entire landscape in the  biosphere reserve has been sculpted by the inland ice sheet. The area includes a large number of habitats and types of land use, either in a limited part of the area or in widely scattered locations. The mountains are often barren, inhospitable, demanding environments for vegetation, but their climate is stable throughout the year. However, in recent decades, mountain environments have been affected by ongoing climate change. The mountain heaths are home to low-growing alpine and subalpine vegetation of the type that is normally impacted by long-term grazing.

Reindeer are the dominant grazing species in the barren mountain region, but grazing by small rodents also has an impact on mountain biotopes. Outbreaks of the autumnal moth are a prime disturbance in mountain birch forests. These forests stretch in a belt along the entire mountain chain and therefore constitute a relatively large and extensive forest type. 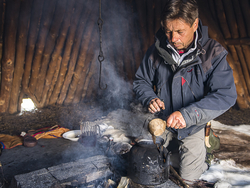 Forest and agricultural properties in villages are often privately owned. Because of urbanisation it is becoming increasingly common for the owners not to live in the villages, but many maintain strong links with their local villages. They use the forests, hunt, fish and spend some of their free time there. Most new incomers to the villages run small businesses, work via the Internet, or commute to work.

The development of the Vindelälven river valley for tourism and recreation began following the decision to maintain the river’s free flow. In 1975, Vindelälven was designated as one of the country’s 25 so-called primary recreation areas. The wish to further develop the river valley as a tourist and recreational area has been alive ever since. The tourism and service trades in the area are today directly dependent on functioning and active businesses and industries, as these quite simply create a demand for various types of service, overnight stays and restaurants. The tourism and service sectors have considerable growth potential through strengthened marketing of the area’s rich natural environment as a basis for experiences.